Anthony Chisholm, whose long career spanned Broadway, film and television, died today at age 77. No cause was given by The Katz Company, his talent management.

Chisholm earned a 2007 Tony nomination for Best Featured Actor in a Play for his role in another August Wilson’s play Radio Golf.

He was born on April 9, 1943 in Cleveland, Ohio, and was drafted by the US Army in the 1960s, serving as a platoon leader for the 4th Armored Calvary, 1st Infantry Division in the Vietnam War.

Upon returning to the US, Chisholm performed in The Boys from Syracuse and The Threepenny Opera at Karamu House in Cleveland, Ohio.

He made his film debut in the 1968 Uptight, directed by Jules Dassin. That launched a career that saw him in such films as Putney Swope in 1969 and Cotton Comes to Harlem in 1970. I

In 1987, Chisholm’s Vietnam War experiences were the inspiration for the HBO television series Vietnam War Story. 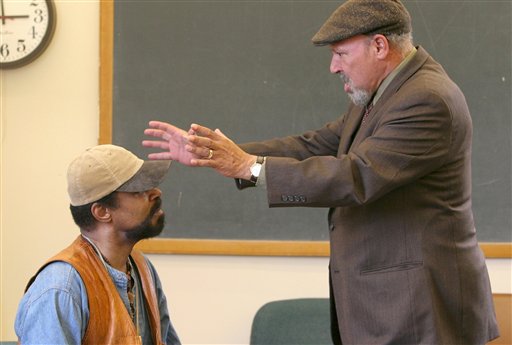 Chisholm met August WIlson in 1990 while auditioning for Two Trains Running, winning the role of Wolf. The meeting led to a fruitful collaboration between Chisholm and Wilson, with Chisholm part of the production’s touring company before hitting Broadway in 1992. In 1996, he became part of the core cast for Wilson’s Jitney, which appeared off-Broadway in New York City in 2000.

In the early oughts, Chisholm was prisoner Burr Redding in the HBO crime drama series Oz before returning to the stage with Wilson’s Gem of the Ocean in 2004, In 2007, Chisholm portrayed Elder Joseph Barlow in Wilson’s Pittsburgh Cycle, earning a Tony Award nomination for his portrayal.

BroadwayWorld.com broke the story on his death.