Arrest of a Banker

On June 20, 2018, Ravindra Prabhakar Marathe, MD and CEO of the Bank of Maharashtra, was greeted by four police officers when he returned home after his yoga class and vegetable shopping.
Marathe was accused of misusing authority in making loans to D S Kulkarni Developers Ltd.
For part of the first night, Marathe was put in a 10ft by 10ft lock up. His companion for the night was a hardcore criminal, booked for the alleged murder of a builder.
Before his retirement in November, a closure report was filed by the police as they did not find any evidence against Marathe and other bank officials.
This is one of the many cases that has created an acute fear psychosis among public sector bankers, reveals Tamal Bandyopadhyay in his fascinating new book Pandemonium: The Great Indian Banking Tragedy.

Early morning yoga class was a sacrosanct ritual for Ravindra Prabhakar Marathe, 59, the MD and CEO of the Pune-headquartered Bank of Maharashtra. Marathe lived in his official residence on Prabhat Road, in an elite neighbourhood in the heart of the city a stone’s throw away from the Film and Television Institute of India.

On Wednesday 20 June 2018, at around 6.30 am his neighbours saw him getting on his old bicycle as usual and heading for the Lele Guruji Yoga Kendra at Erandwane, just two lanes away. Others who attended the yoga session that day say there was no physical activity. Instead, the class was asked to listen to an audiotape on how to keep cool under all adverse circumstances.

That may have helped Marathe remain calm when he was greeted by four police officers, including a woman, who were waiting at the gate of his residence when he returned after the yoga class, and some vegetable shopping at the weekly farmers’ market on the playground near the Bal Ranjan Kendra.

The police officers allowed him to drop off the bag of vegetables at his bungalow and change out his trackpants into formal trousers and shirt before ‘whisking’ him away (as they say) to the office of the Economic Offences Wing of the Pune police at Shivajinagar in a police car. He was not allowed to take his mobile phones or his laptop.

It was the third round of arrests targeting people in the construction company. The Pune police had already arrested the promoter D S Kulkarni and his wife from Delhi in February 2018, and some of their close relatives later.

DSKDL is a household name in Pune. Banks and non-banking financial companies had been giving loans to this company; its associate and group companies were raising deposits from small investors by offering high interest rates.

In 2017, DSKDL started facing problems and its associate and group companies started defaulting in paying back individual depositors, many of whom were senior citizens.

A group of depositors filed an FIR with police against the company for cheating, forgery and breach of trust, among other things.

A 37,000-page chargesheet was filed under the Maharashtra Protection of Interest of Depositors (in Financial Establishments) Act, 1999.

The chargesheet, filed in May 2018, put the scam’s value at Rs 2,043.18 crore and said the accused had floated nine firms to siphon off funds collected from 33,000 investors and fixed-deposit holders, who were promised good returns.

As the depositors piled on the pressure to get back their money, the police sought to implicate Bank of Maharashtra officials for lending to the company, allegedly in violation of RBI norms. The depositors as well as the bank gave money to the company and both were running the risks of losing it.

What purpose would the arrest of the bank officials serve? The police probably had the answer. The Act under which they were arrested has nothing to do with a bank’s lending activities.

Marathe and other bankers were questioned at the police station. Before being produced in court, they were taken to Sassoon Hospital for the mandatory medical check-up.

Soon the news of the arrests was flashing on all TV channels. It was a shock to fellow bankers who had met Marathe the previous day at the State Bank of India’s local head office at Connaught Place in New Delhi. They had been summoned there by Piyush Goyal, the railway minister holding additional charge of the finance ministry as Arun Jaitley was seriously ill.

Around 4.30 pm, they were produced at the Special Court handling offences under the MPID, as accused in the fraud case of DSKDL against small depositors. 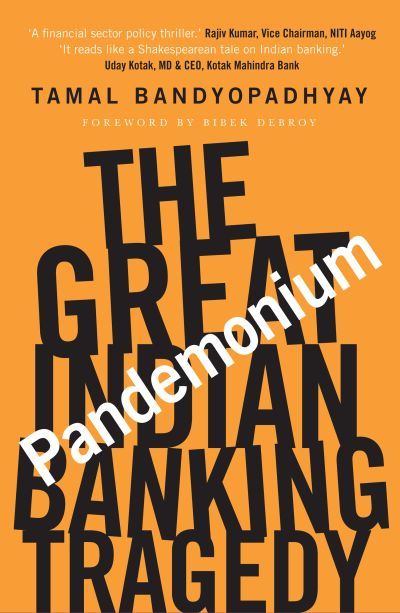 Marathe was to be shifted to the Yerawada Central Jail but, as he complained of chest pain, he was taken first to the Sassoon Hospital and later to a private hospital.

For part of the first night, until he was taken to hospital, Marathe was put in a 10ft by 10ft lock up at the police station with a durrie to sleep on and a blanket that could double as a pillow. His companion for the night was a hardcore criminal, booked for the alleged murder of a builder.

On 27 June, a special Pune court granted bail to Marathe on a surety bond of Rs 50,000 but the others were remanded in judicial custody for 14 days. While granting relief, the court barred Marathe from leaving the country without the court’s permission and he was ordered to cooperate with the police. He was also warned against trying to tamper with evidence, or influence witnesses.

A day after Marathe got bail, the board of directors of Bank of Maharashtra resolved to divest him of all functional responsibilities with immediate effect.

Marathe’s responsibilities were restored four months later, on 2 November, just weeks before his term as MD and CEO was to expire. The executive director, Gupta, too, was reinstated with his powers.

This followed a closure report filed by the police under Section 169 of the CrPC as they did not find any evidence against him and other bank officials. Marathe retired on 30 November 30; Gupta’s term ended on 31 December.

On the same day, just ahead of the board decision to restore his powers, Marathe was seen, along with the CEOs of other public sector banks, at the Union government’s Vigyan Bhavan convention centre in New Delhi. Prime Minister Narendra Modi addressed public sector bankers there on Mudra loans.

The board meeting was convened at the bank’s zonal office at Bhikaji Cama Place in New Delhi where Marathe, Gupta and the government nominee on the board were present. The other board members joined on call from Mumbai, Jaipur and Chennai.

The case was finally closed on 21 January 2019. The special judge of the court handling MPID cases, D G Murumkar, accepted the closure report of the investigating officer and discharged Marathe, Gupta and Muhnot from their alleged offences and cancelled the bail bonds.

While passing the order, the judge said:

It is necessary to mention that the investigating officer, without making proper inquiry and investigation, pithily and hastily arrested the present accused, who were holding key posts in Bank of Maharashtra, which he should not have done… By his action, banking sector became restless.

Restless was an understatement. This is one of the many such cases that helped to create an acute fear psychosis among public sector bankers.

Related posts:
tagged with D, Ravindra Prabhakar Marathe
Recent News:
Business News:
Roche's coronavirus antibody test gets emergency use authorization from the U.S.
‘Good chance of substantial recovery in next financial year’
U.K. Retail Emerges From Lockdown as a Much Diminished Industry
Pre-market Movers In Healthcare Sector: COCP, ADXS, VXRT, HEPA…
The best hotel credit cards of December 2020
This website uses cookies to improve your user experience and to provide you with advertisements that are relevant to your interests. By continuing to browse the site you are agreeing to our use of cookies.Ok