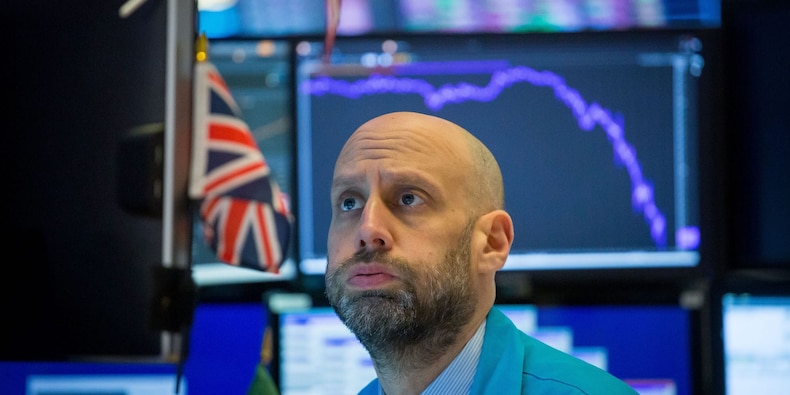 Biogen experienced a quick reversal in fortunes on Monday, with its stock plummeting after an FDA Advisory Committee said it was unconvinced that data from its Alzheimer’s therapy was enough to demonstrate efficacy.

Biogen cratered as much as 32% in premarket trading on Monday, on pace to erase all of the gains it made over the prior week.

Read more: Morgan Stanley says to load up on these 10 stocks featured on the firm’s ‘buy list,’ which has dominated the broader market this year

The voting results from Friday’s AdCom meeting doesn’t mean that aducanumab won’t be approved by the FDA, but it significantly reduces its chances of approval.

A final approval decision from the FDA is due by March 2021. 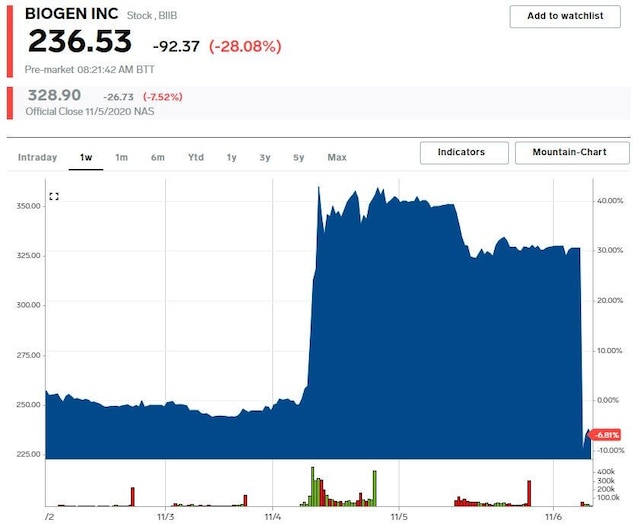