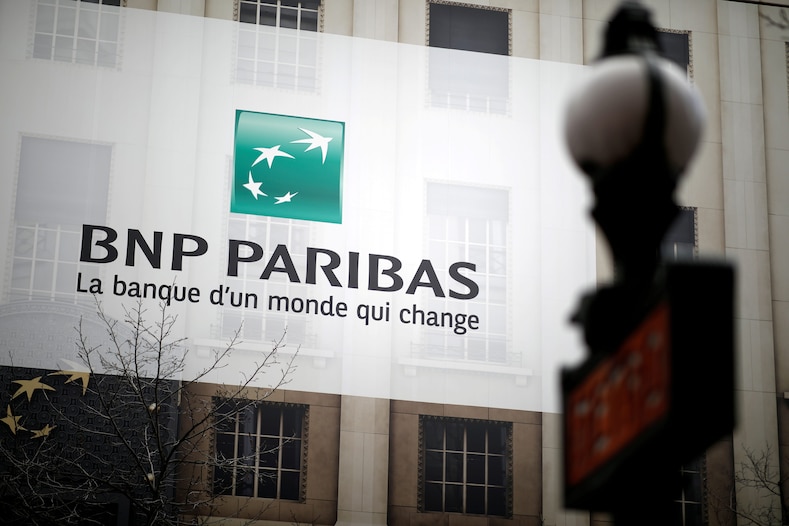 BNP Paribas reported third-quarter revenue held steady in the third quarter of the year and beat expectations with a smaller-than-expected decline in net income on Tuesday, which sent its shares up by as much as 7%.

France’s largest lender, and Europe’s second largest bank by assets after HSBC, said net income in the three months to September fell 2.3% to 1.894 billion euros ($2.21 billion) compared with the same quarter last year, but this was above analyst expectations for 1.6 billion euros ($1.87 billion), according to data provider Refinitiv.

Shares in BNP Paribas were the biggest gainers on Paris’s CAC 40 index, rising by nearly 5.7% and topping the Stoxx Banking index.

The bank posted a 17.4% rise in revenue at its investment banking division, which houses its trading and markets unit.

France has suffered one of the highest death rates from COVID-19 in Europe, with over 37,000 fatalities, compared with the United Kingdom, where deaths now exceed 46,000. The country is currently subject to a renewed series of lockdown measures as the government grapples with an unwelcome surge in infections, right as the winter flu season is approaching.

“In an economic context featuring different dynamics across regions and sectors, BNP Paribas demonstrates its high resilience thanks to its financial solidity, its diversification, and the power of execution of its platform,” chief executive Jean-Laurent Bonnafe said in a statement.

Here are the key numbers:

Read more: Morgan Stanley’s top cross-asset strategist says 3 assets are not pricing in a Democratic sweep – setting them up for big gains if that scenario unfolds

Related posts:
tagged with 7, as, BNP, Much, Paribas, rises
Recent News:
Business News:
South Africa Expects First Virus Vaccine Delivery by Mid-2021
Ford Delays Bronco SUV Due to Virus-Related Supplier Problems
Buyout Titan Bravo Sees Future of Subscriptions, Not Leverage
Cramer's week ahead: Next week may be difficult for the markets without stimulus progress
How to earn, redeem, and maximize United MileagePlus miles — even if you're not a frequent flyer
This website uses cookies to improve your user experience and to provide you with advertisements that are relevant to your interests. By continuing to browse the site you are agreeing to our use of cookies.Ok