The two-week pay cycle is becoming a thing of the past. Both fintechs, gig platforms, and incumbents in the payroll space have been rolling out earned wage access products, giving employees the ability to draw on money they've earned between paychecks.

Fintechs like Dave and Earnin market directly to consumers, whereas the likes of PayActiv and DailyPay target employers. There are also companies like Gusto and Square that are embedding earned wage access into their platforms.

Clair is the latest entrant into the space with an earned wage access platform built for payroll companies and gig platforms.

"What we've realized is all the other payroll providers, workforce management apps, and gig platforms are interested in building it, but building an entire digital bank is pushing it too far," Nico Simko, cofounder and CEO of Clair, told Business Insider.

"So there is clearly room for a provider who is building a digital bank on a new tech stack and able to give them just the required APIs," Simko.

Read more: Gusto, a $3.8 billion small-business payroll startup, is muscling in on fintechs like Earnin by adding a feature to let workers get paid early

In April, Clair closed a $4.5 million seed round led by Upfront Ventures, with participation from Founder Collective and Walkabout Ventures. Cofounders Alex Kostecki, Erich Nussbaumer, and Simko started building Clair last October. Clair declined to disclose the names of existing customers. Its valuation was not disclosed.

Distributed via payroll companies, employees get access to the Clair app and a Mastercard debit card. Clair makes money through interchange fees earned each time the card is used.

Earned wage access is meant to help employees avoid overdrafts late fees on bills, and serve as an alternative to payday loans. Like many of the players, Clair offers a savings account, too.

Different to many of the fintech players, Clair's platform is free for employees.

"We have one very simple principled approach, which is if you've earned your wages, you shouldn't have to pay tips, transaction fees, or monthly fees," Simko said. 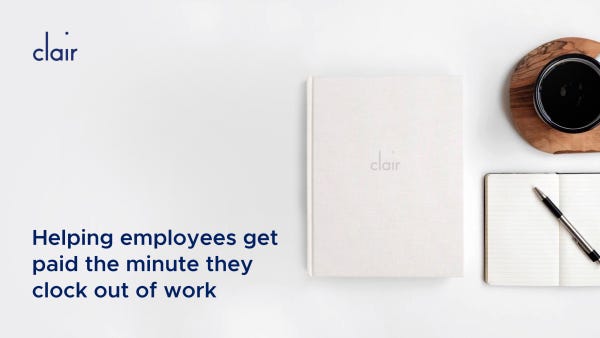 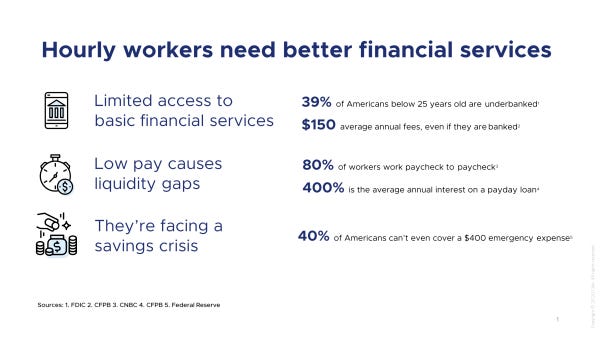 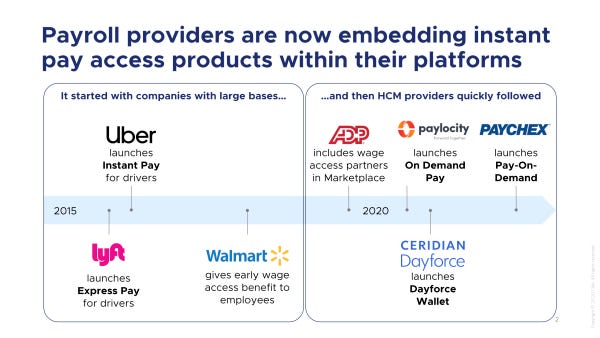 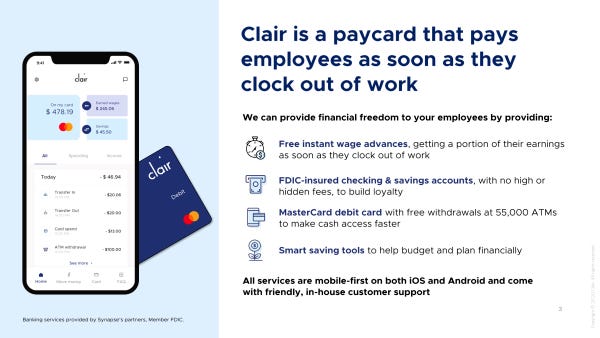 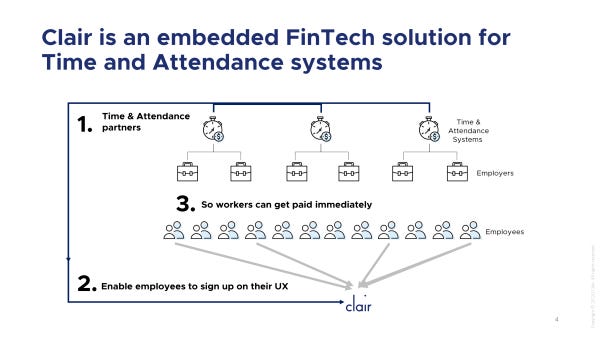 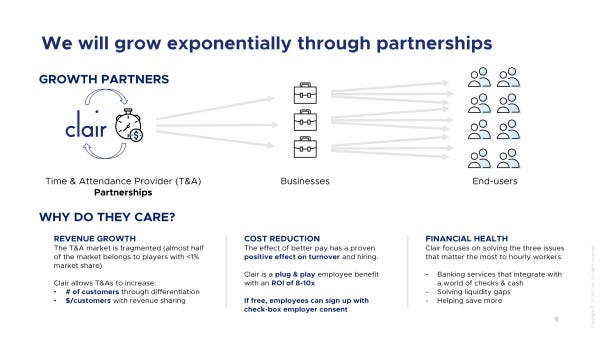 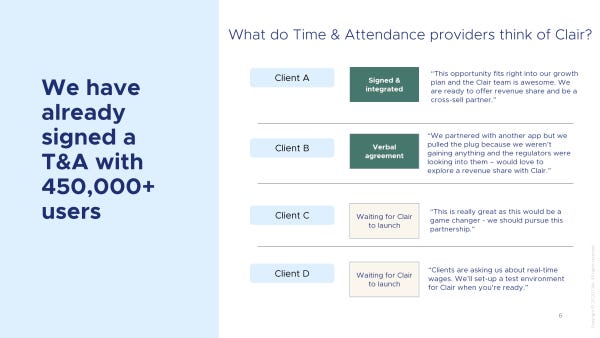 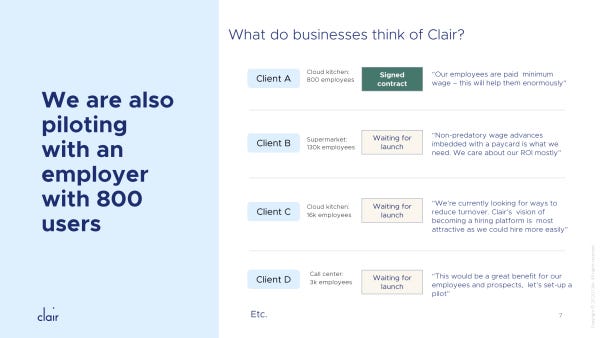 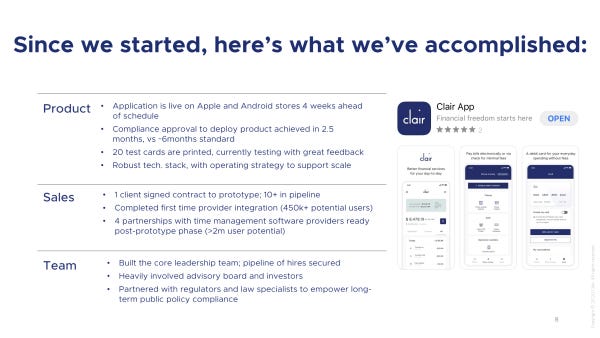 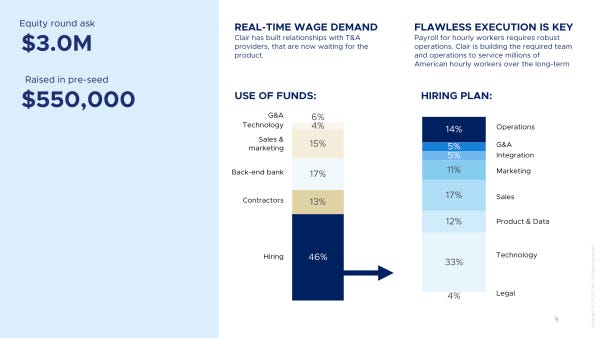 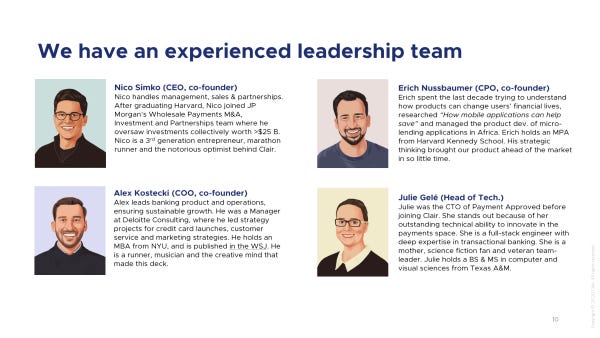