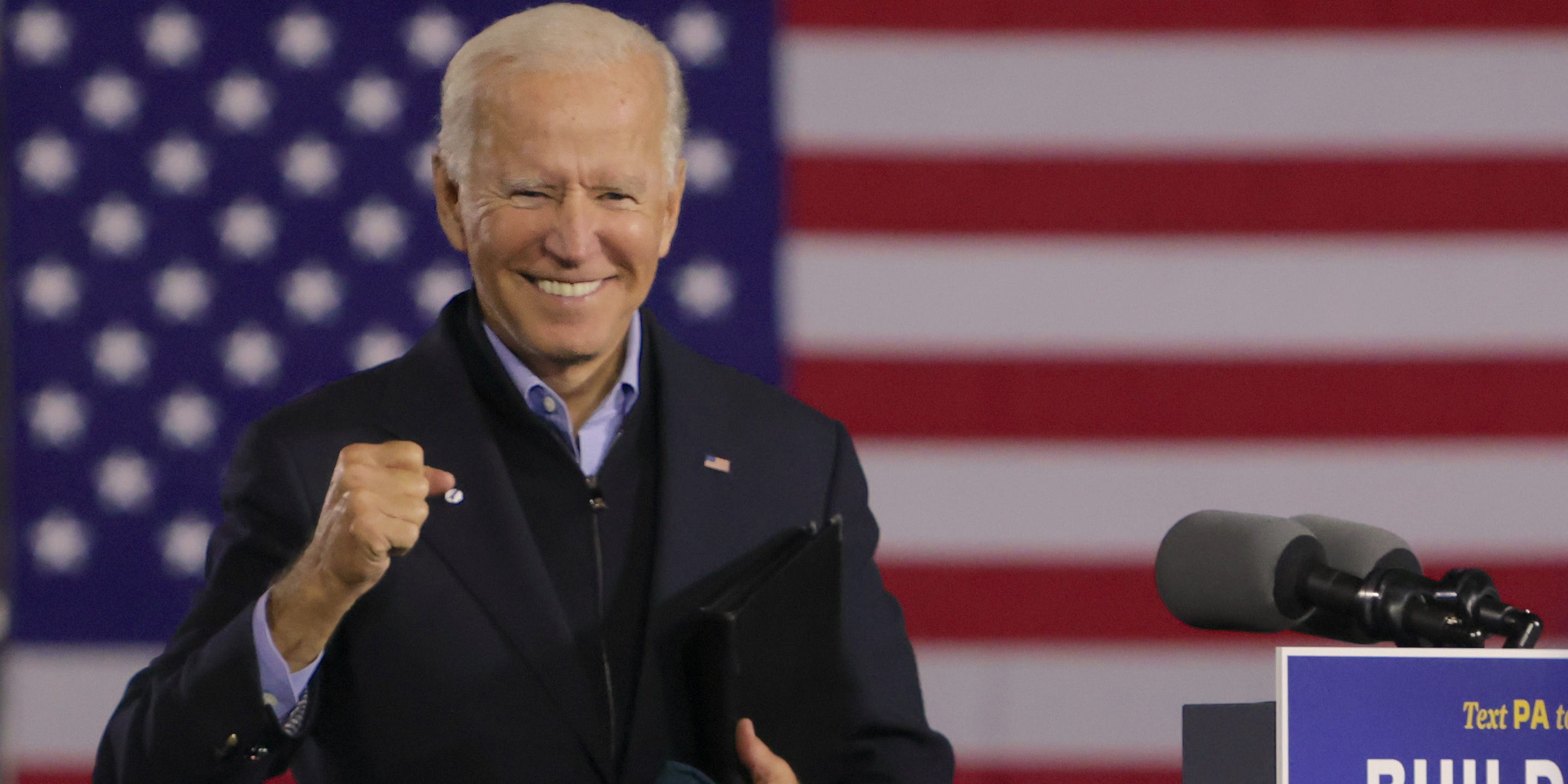 Throughout 2020, the consensus view has been that a Joe Biden victory, and a potential “blue wave” in November, would be bad for the stock market because of the potential for higher corporate taxes and more regulation.

But that market narrative has been flipped on its head in the past two weeks, UBS said in a note on Monday.

Now, investors expect a Biden victory and Democratic sweep of Congress this November to serve as a the catalyst for a reflation trade, in which cyclical and value stocks trade higher, and the US dollar weakens, further helping US stock prices.

The impetus for a change of heart among investors regarding a blue wave and its impact on stocks is three-fold, according to UBS:

1. “The inability to pass a major fiscal package prior to the election means that it’s increasingly likely to be the Democrats’ top priority after a Blue Wave outcome,” UBS said.

3. “Biden’s widening lead in the polls and prediction markets, and along with it the likelihood of a Blue Wave, is reducing election uncertainty,” UBS said, adding that a delayed or contested election is more unsettling to investors than a Democratic sweep of the White House and Congress.

This helps explain why stocks have been moving the way they have been over the past month.

As the probabilities of a blue wave rose, and the potential for a pre-election fiscal stimulus deal fell, small- and large-cap value stocks surged, outperforming large-cap growth by a sizable margin. On top of that, the Treasury yield curve steepened 11 basis points, while commodities jumped and the US dollar fell.

Expect these trends to last over the next six to nine months, UBS said. But if too much optimism is priced in too soon, it could lead to the “perverse situation in which investors are disappointed if a Blue Wave doesn’t happen,” UBS said.

Still, the reflation trade has more room to run, and not just because of the November election.

“The most important catalyst for the [reflation] trade has nothing to do with the election, because it’s a vaccine,” UBS said, adding that early indications are “fairly promising” for the US to reach herd immunity levels by mid-2021.

Expect the stock market to price in the economic benefits of herd immunity far sooner than when it actually happens, UBS concluded.

Read more: SPACs have generated a $39 billion frenzy in the US this year. The executive behind their first ETF explains how retail investors can use them to level the playing field with Wall Street titans like Warren Buffett.