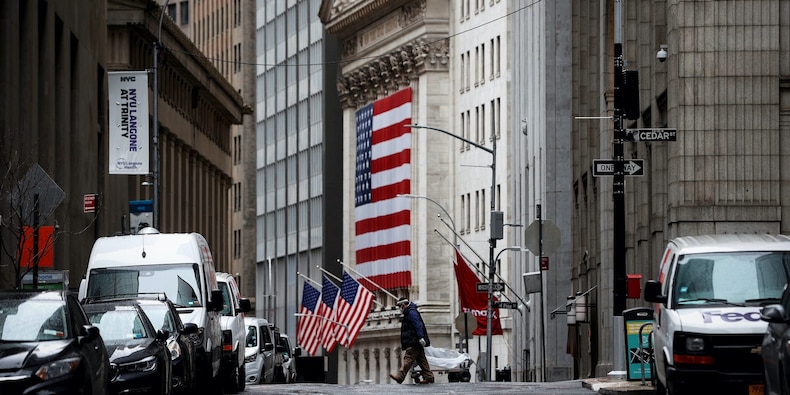 The worst of the stock market’s drop is over, but investors should still be picky when buying the dip, Morgan Stanley strategists said Monday.

Stocks rebounded on Monday after their worst weekly fall since March dragged the Dow Jones industrial average into correction territory. Market participants should take advantage of the short-term weakness, the team led by Michael Wilson said in a note to clients.

Still, turbulence from US elections and rising COVID-19 case counts will keep the market from staging a blockbuster rally. Perhaps the most relevant source of uncertainty for markets is an anticipated jump in Treasury yields, the team said. Morgan Stanley believes 10-year yields could climb as much as a percentage point as election outcomes materialize and investors move out of the safe haven.

The trend “looks very similar to 2016 on so many levels except with greater magnitude,” the team said. Such a rapid climb in rates “is likely to have a net negative impact on [price-to-earnings ratios]” in the neat term, they added.

Read more: Stifel asked its analysts to identify stocks most likely to be positively or negatively impacted by the election result. Here are the dozens of stocks to buy or avoid in each of the 3 outcomes.

Tech giants and growth favorites will feel the brunt of the negative impact, as the firms already trade with high P/E multiples. Defensive stocks will also feel the heat since their earnings are more negatively correlated with higher rates, Morgan Stanley said.

Investors will do well to trim their positions in those groups and instead pivot to stocks with lower P/E ratios, the strategists added. Cyclicals could gap higher, as investors dump Treasurys for riskier stocks. Financials tend to benefit from higher rates and could also outperform through the volatile period, the bank said.

“The driver of the next leg in this bull market will likely be earnings, not valuations which still need to adjust lower for higher rates,” the team wrote.

They continued: “Many individual stocks can work even as that adjustment occurs – a bull market in stocks even if the index remains in our prescribed range for a while longer.”

These 3 trades are an investor’s best bet for hedging against a split government, JPMorgan strategist says