'Sell the vaccine': Big-money investors are the most bullish they've been since January 2018 — and Bank of America says that's a signal to get out 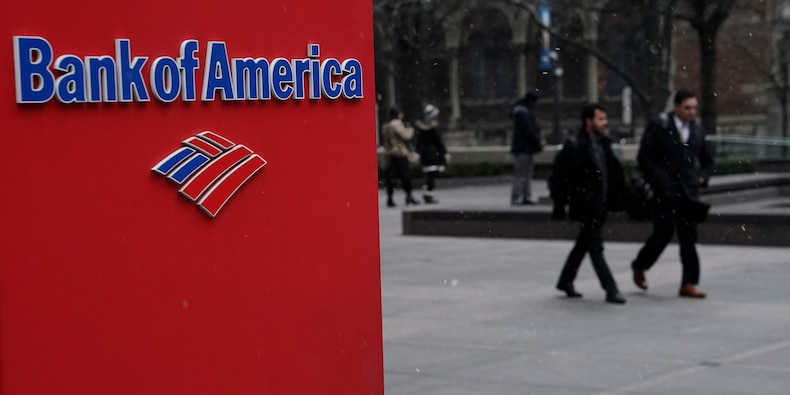 November has brought a spate of good news for stock bulls, but Bank of America fears the market might now be too cheerful for its own good.

The bank’s latest fund-manager survey found that investor optimism surged this month to its highest point since January 2018. Managers’ allocations to stocks reached a net 46% overweight, inching closer to the 50% threshold that indicates sentiments are “extremely bullish,” Bank of America said on Tuesday.

The survey took place from November 6 to 12, as the US election outcome became clear and as Pfizer and BioNTech described encouraging progress on their coronavirus vaccine. Investors rotated into value stocks on November 9 at the fastest pace since 2008, and cash holdings fell below their pre-pandemic levels.

Rising exposure to riskier assets signals that investors are more convinced than ever that the US recovery is on track, but Bank of America’s strategists advised clients to avoid blindly entering a crowded trade.

Read more: Morgan Stanley’s US equities chief says investors should start betting on a roaring economic comeback now. He told us 5 parts of the stock market to buy, and detailed why this bull market will be different from the last 2.

“Reopening rotation can continue in the fourth quarter but we say ‘sell the vaccine’ in coming weeks and months as we think we’re close to ‘full bull,'” the team led by Michael Hartnett wrote in the Tuesday note.

The survey’s timing meant it did not capture a similar — but smaller — value rotation seen on Monday after Moderna said its own vaccine was found to be highly effective at preventing COVID-19. The Dow Jones industrial average and the S&P 500 closed at record highs, and investors pushed further into the so-called reopening trade.

Read more: 30 years old with a piece of 300 units: Here’s how Evan Holladay is filling a unique multifamily real-estate niche with an under-the-radar strategy

The coronavirus resurgence remained the biggest tail risk among the managers surveyed, followed by a potential tech bubble and civil unrest. Virus cases have reached record highs in the US and continue to increase. Several cities reinstated partial lockdown measures over the past week to curb community spread, reviving concerns of a double-dip recession.

Still, 91% of respondents said they expected the economy to grow stronger over the next year, and more investors said the economy was in the early stages of an expansionary cycle as opposed to mired in recession.

RBC says buy these 25 healthcare-tech stocks to reap the benefits of the US digital health industry, which has been accelerated by 5 years because of COVID-19

Here’s how the Fed will be more aggressive with monetary-stimulus efforts as virus cases spike, according to JPMorgan

Related posts:
tagged with bi, Sell, The, Vaccine
Recent News:
Business News:
Roche's coronavirus antibody test gets emergency use authorization from the U.S.
‘Good chance of substantial recovery in next financial year’
U.K. Retail Emerges From Lockdown as a Much Diminished Industry
Pre-market Movers In Healthcare Sector: COCP, ADXS, VXRT, HEPA…
The best hotel credit cards of December 2020
This website uses cookies to improve your user experience and to provide you with advertisements that are relevant to your interests. By continuing to browse the site you are agreeing to our use of cookies.Ok