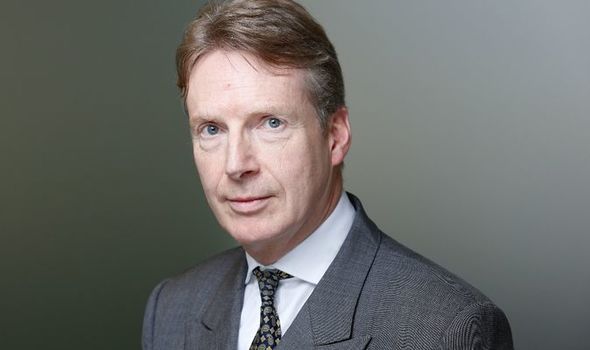 “VCTs offer a powerful way of bridging the finance gap for budding companies, something that’s more important than ever as the economy faces the challenges of the pandemic,” says communications director of the Association of Investment Companies (AIC) Annabel Brodie-Smith. “VCTs provide important social and economic benefits, and have generated over £1.4 billion of exports and created more than 27,000 jobs.”

Now that experience will become ever more crucial, according to Stuart Veale, managing partner of Beringea, manager of the ProVen VCTs, and chair of the Venture Capital Trust Association.

“As we emerge from the pandemic, the VCT industry has the experience, network and funding to drive forward the economic recovery, backing innovative companies to deliver substantial growth throughout the UK. This will undoubtedly be led by pioneering technologies shaping the future of healthcare, manufacturing, and financial services, such as cyber security, artificial intelligence and robotics.

“VCTs will also provide vital support to the government as it seeks to address the structural inequalities in the British economy, through supporting the levelling-up agenda as well as backing entrepreneurs from under-represented communities.”

For Patrick Reeve, chairman of Albion Capital, manager of the Albion VCTs: “The key strength of VCTs is that they are evergreen, so don’t have a fixed timetable for exit and can therefore take a very long-term view. They can be patient – and they can back true, longer-term value, which in turn tends to last and be resilient simply because it does some social good. This combination of cutting-edge technology and helping to find areas that can lead to longer-term socially positive results, seems to me where the VCT sector is heading.” 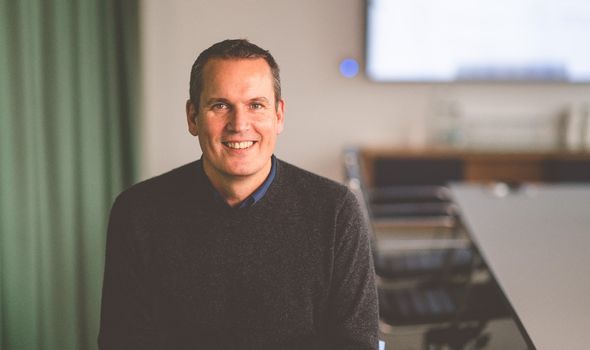 “In the past 20 years Albion VCTs have invested over £600m in 195 companies: areas as diverse as medical imaging, cyber security, alternative energy sources, gene therapies, AI and quantum computing. These businesses are changing the way we live, the way business operates, and safety and security across all areas of our lives.”

James Livingston, partner of Foresight Group, manager of the Foresight VCTs, said: “Our VCTs have supported 205 companies and in terms of internal rate of return Simulity was a particular highlight, an internet-of-things tech business we invested in and then sold to ARM within nine months for three times our money. In terms of value growth, working with App DNA, an application migration start-up, and selling it to Citrix for almost $100m generating a 32-times return was pretty exciting.”

For Stuart Veale, managing partner of Beringea, manager of the ProVen VCTs, and chair of the Venture Capital Trust Association: “We have backed 120 companies and in terms of enterprise value at exit, Watchfinder is our top performer.

“Watchfinder, the platform for pre-owned luxury watches, grew during ProVen’s investment to become the UK’s fourth largest watch retailer – its growth and innovative use of technology motivated Richemont, the Swiss luxury group, to acquire the business in 2018.

“Mergermarket is another standout performer. Having been acquired by the Financial Times Group in 2006, Mergermarket has grown to become a cornerstone of the financial data and media industries – it has since been valued at £1bn, making it ProVen’s first ‘unicorn’.”

Trevor Hope, partner of Mobeus Equity Partners, manager of the Mobeus Income & Growth VCTs, added: “Since the day we started, we have played a successful role in the stories of 48 UK SMEs that have been realised. We’re very proud that by backing these driven and determined UK businesses over our 20-year history, those realisations have made a net £220 million of cash profits for Mobeus VCT shareholders and that, in more than half the cases, we more than doubled our initial investment.”

Dr Paul Jourdan, fund manager of Amati AIM VCT, said: “We made a series of investments between 2012 and 2015 which have proven to be truly scalable growth companies, each in their own way playing a role in the deployment of digital technology to transform the way that different industries work.

“Our strategy of running the winners makes us long-term investors in these businesses. Each has made us returns of between 15 and 20 times our original investment, taking account of the profits we have taken along the way.

“These companies now feature amongst our top ten positions in the VCT. Frontier Developments is one of the UK’s leading video games developers and Keywords Studios is a service provider to the video games industry. GB Group provides online identity verification services and AB Dynamics is provider of crash testing and transmission testing services to the automotive industry.” 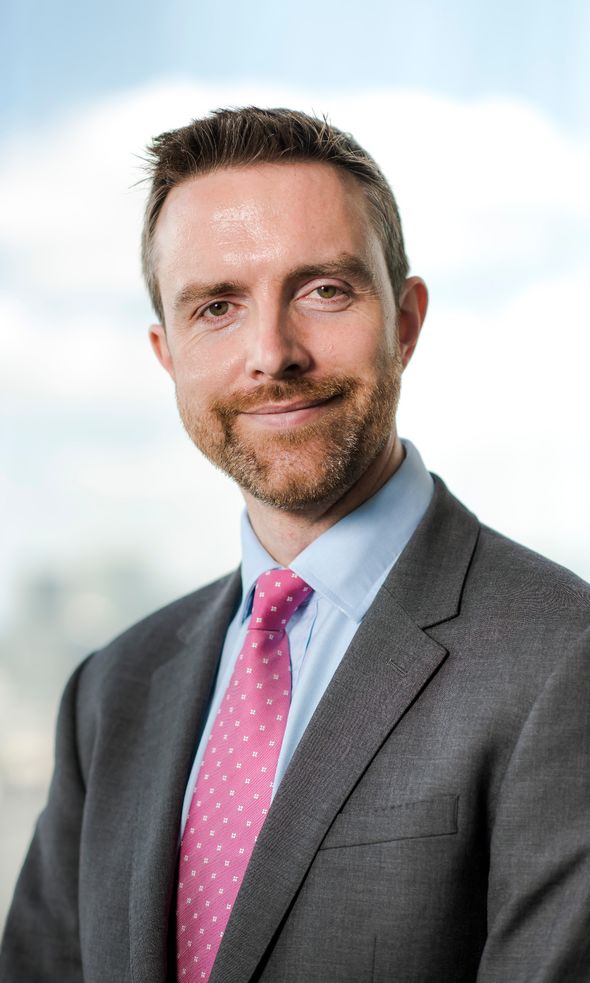 Jo Oliver, fund manager of Octopus Titan VCT, said: “The start-up ecosystem in the UK was in its infancy 25 years ago and now it’s one of the best places in the world to start and scale a business.

“The transformation over that time really is extraordinary and VCTs have played a crucial role in helping drive that change by helping to fill the funding gap that once existed. Just ten years ago, you probably wouldn’t have imagined that big American tech companies like Amazon, Google, Microsoft and Twitter would have acquired a VCT-backed business. Yet we’ve now sold businesses to all four, which I think is testament to how far we’ve come.

“Success breeds more success as all that experience of how to grow and scale businesses has compounded over time, especially now we have so many serial entrepreneurs. That means the quality of teams we are now able to invest in is better than it’s ever been. We’re also starting to see some positive signs in terms of increased diversity among the founders receiving funding from VCTs. There is clearly a long way still to go, and part of that is also about increasing the diversity of the investment teams themselves. It’s proven that more diverse investment teams achieve better returns, so there is plenty of incentive.”

James Livingston, partner of Foresight Group, anager of the Foresight VCTs, said: “I think investment sizes have grown quite significantly as funds have grown and consolidated. When VCTs were starting in the late 90s something called the internet was just getting established in consumer and investor consciousness.

“There have been some ups and downs along the way, but the internet has only gotten more important – from delivery of software to almost any consumer good imaginable. Female founded companies were a rarity ten or twenty years ago. Whilst the start-up and early stage ecosystem is a long way from parity it’s certainly improving.”

Patrick Reeve, chairman of Albion Capital, manager of the Albion VCTs, commented: “Early on in Albion VCT’s history we invested in Active Hotels which went on to become Booking.com, now recognised as one of the most successful European software start-ups. More recent highlights include Grapeshot, an early-stage advertising technology business which within just four years was acquired by Oracle, while PSE, a spin out from Imperial College specialising in modelling for complex industrial processes, was recently acquired by Siemens. These three exits were all at ten times original cost. Current stars in our portfolio include Quantexa, a big data AI analytics business which has just been listed at No.14 in the Sunday Times Tech Track 100.”

Jo Oliver, fund manager of Octopus Titan VCT, said: “If you were to ask the average person on the street, I think Secret Escapes is probably the best-known company in our current portfolio. It’s a free-to-join members-only travel website, which offers luxury hotel stays and holidays at up to 60% discounts by selling hotel rooms that would otherwise lie empty. While it has clearly had a challenging time over the last few months, it has bounced back incredibly well, and has benefited massively from the trend for staycations, with a huge increase in bookings for holidays in the UK.”

Trevor Hope, partner of Mobeus Equity Partners, manager of the Mobeus Income & Growth VCTs, said: “One of the most exciting and gratifying aspects of VCT investing is the chance to spot the potential in small but disruptive companies, as we did when we backedDiGiCo in 2007 and ATG in 2008, and to provide flexible and patient support over the longer term. DiGiCo provides audio mixing solutions for live sound, broadcast and theatre and Mobeus realised its investment in 2014. The sale returned more than £25m in cash over the life of the investment to Mobeus-advised VCTs. This return equates to a five-and-a-half times multiple of Mobeus’s original investment, a cash internal rate of return of 45 percent. As DiGiCo’s first investor, we were extremely proud when the business (now Audiotonix) reached a reported €1bn valuation in its latest sale at the end of 2019.”

James Livingston, partner of Foresight Group, manager of the Foresight VCTs, said: “In our portfolio right now we have investments ranging from a therapeutic drug which uses your own blood to repair diabetic foot ulcers, to another that makes a vaginal egg temperature sensor used to monitor fertility, to one that uses artificial intelligence and undersea robots to speed leak detection for undersea pipelines. As well as lots of more typical software, healthcare, distribution, consumer and manufacturing companies.”

Jo Oliver, fund Manager of Octopus Titan VCT, said: “For decades, healthcare products were designed with little attention paid to the physiological needs of women. ‘Femtech’ has emerged to change that, and Elvie’s co-founder, Tania Boler, is at the forefront of the trend. Elvie launched the world’s first silent, wearable, fit-in-your-bra breast pump, in late 2018. The first batch sold out within minutes, a phenomenon that has repeated itself several times on both sides of the Atlantic. This follows the success of the company’s first product, Elvie Trainer, an award-winning device which helps women train their pelvic floor more successfully, which has a number of health benefits. The market for health wearables is a multi-billion-pound opportunity, and we believe Elvie could be on course to be a go-to brand for 50 percent of the population.”