Why tech stocks are soaring after Election Day

Mark Zandi is chief economist of Moody’s Analytics. The opinions expressed in this commentary are his own.

The election has yet to be decided and we may not know who won for days or even weeks. But, as of this writing, it seems investors are pricing in a Joe Biden presidency and a split Congress, where Republicans continue to control the Senate and Democrats the House.

Stock prices are up big on the election news, and long-term interest rates are down big. The reaction in financial markets to the election is telling us a lot about what investors think it all means for the economy.

Most immediately, investors appear to be betting that the election results will be settled in the next few days at most and that worries about vote counts being seriously contested and ultimately dragged all the way to the Supreme Court weeks from now are misplaced. The race is close, but not close enough to credibly argue that cheating changed the outcome.
Stock investors also appear cheered by the prospects for a split government that will make big changes to economic policy more difficult. Getting any major legislation into law won’t be easy. Remember President Obama’s second term? It seemed as if he was constantly doing political battle with a Republican Senate. As a result, not much economic policy of consequence got done.
That’s good news to shareholders who are wary of Biden’s proposal to increase taxes on corporations, which would mean businesses will have less cash to pay dividends and make share repurchases. Investors may also be doing some handwringing over Biden’s desire to increase the federal minimum wage, another campaign proposal that likely won’t happen if he comes into office with a Republican-led Senate.

Bond investors have pushed down long-term interest rates, signaling that they believe economic growth will be slower because of the split government, at least compared with a Democratic sweep, which investors were initially expecting, according to polling before the election.
They would be right. A President Biden and split Congress will likely agree to another fiscal rescue package on the other side of the presidential inauguration early next year, but it will be on the smaller side. Prior to the election, lawmakers were coalescing around a $2 trillion fiscal package, but that never came to fruition. Senate Republicans balked at the cost and at helping out hard-pressed state and local governments. These same Republicans will push back even more on a President Biden, resulting in a package about half the size, with little for state and local governments.
Even more consequential for future growth are dashed prospects for additional fiscal support to jumpstart the economy once the pandemic is over. A Blue Wave would have held good odds for support, including many of Biden’s proposals for more investment in infrastructure, housing and education, and spending on health care, child and elder care. This would have been a boon to growth, but none of it is happening with a split government.
There are things a President Biden will do without Congress via executive orders. President Trump used executive orders aggressively to ramp up his tariff wars with China and other big trading partners, severely restrict foreign immigration, both legal and undocumented, and significantly scale back regulations, especially on the fossil fuel and utility industries.
Given Trump’s muscular use of executive orders, Biden should feel empowered to do the same — to flip Trump’s orders on their head. He would likely end Trump’s tariffs on our allies. Meanwhile, he could continue to confront China — like Trump, he feels China doesn’t trade fairly — but he likely wouldn’t do so with higher tariffs. Instead, he would likely work through the World Trade Organization and team up with other nations to put collective pressure on the Chinese to change their behavior. Biden has also talked about re-negotiating the Trans-Pacific Partnership — the free trade deal originally between the United States and other Pacific Rim nations that excludes China, because it doesn’t abide by the rules — but re-engagement would ultimately require legislation. 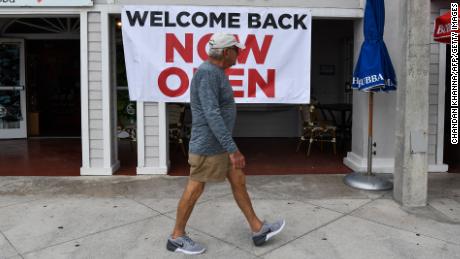 On immigration, Biden has said he would quickly reset things to where they were pre-Trump. More than one million foreign immigrants came to the United States between 2015 and 2016. That number was cut nearly in half between 2018 and 2019. It won’t take long for a Biden administration to restore legal immigration through executive orders and implementation of immigration law.
Given Biden’s strongly held views on the threats posed by climate change, he is sure to quickly re-engage on the Paris Climate Agreement and resurrect strict regulations on the fossil fuel industry as well through executive orders. New drilling, and fracking, on federal lands he has said would largely end, and there would be a recommitment to fuel economy standards for vehicles.

Biden will also dramatically shift the federal government’s response to the pandemic. He has rightly made the point that as long as the virus is raging, the economy will struggle. He will not leave it to states and localities and the patchwork response that has failed to contain the virus. This will likely mean more consistent mask-wearing and social-distancing rules across the country. While this may result in more business disruptions in the near term, it will ultimately result in a stronger economy as infections, hospitalizations and deaths abate.
The election has been painful to watch, but it will soon be behind us. While few of us will be entirely happy with the outcome, simply having a clear political path forward will go a long way to shoring up frayed psyches and the struggling economy. At least, investors appear to be thinking this way.
Source: Read Full Article

Related posts:
tagged with tech stocks are soaring af, Why
Recent News:
Business News:
A Pennsylvania state lawmaker reportedly received the results of his positive COVID-19 test during a meeting with Trump
The man behind Cigna's $250 million venture fund shares his 3-part checklist for evaluating the founders of healthcare startups
Biden to choose Janet Yellen for Treasury secretary
Today's best mortgage and refinance rates: Sunday, November 29, 2020
Adidas is continuing its Black Friday savings and adding new deals for Cyber Monday — here's what you can save on now
This website uses cookies to improve your user experience and to provide you with advertisements that are relevant to your interests. By continuing to browse the site you are agreeing to our use of cookies.Ok