Business leaders across America expressed dismay after President Donald Trump announced that his team will halt stimulus talks until after next month's election, with executives from the retail and aviation industries saying more jobs will be lost if the economy doesn't get immediate aid.

"This is very unfortunate. The economy is not something that can be put on hold until a time that might be more convenient," Steve Lamar, the head of the American Apparel & Footwear Association, said in a statement to Bloomberg News. "People are suffering today." 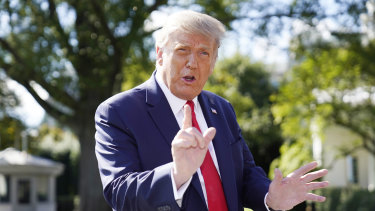 US President Donald Trump’s announcement that stimulus talks will be on hold until after the election has been slammed by US corporate leaders..Credit:AP

Delays in further stimulus measures are a blow to sectors such as retail, restaurants and air travel, which have borne the brunt of the COVID-19 economic downturn. Bankruptcies has swelled this year as consumers rapidly overhaul their spending and travel habits.

Stimulus efforts earlier in the pandemic helped soften the blow of widespread job losses and economic shutdowns, but the effects have faded. In September, the US unemployment rate was 7.9 per cent – more than double what it was this time last year, according to data from the Labor Department released on Friday.

Negotiations for further capital infusions had stalled, and Trump said on Twitter on Tuesday (US time) that he ended talks with Democratic leaders, only hours after Federal Reserve Chair Jerome Powell called for greater spending to avoid damaging the economic recovery.

"We know that unemployment is very, very high," Bergh said in an interview while discussing his company's quarterly results. "We know that businesses are still really struggling and I am hopeful that congress will figure out a way to get something done that will be good for the country and good for the consumer."

Matthew Shay, president and chief executive officer of the National Retail Federation, said stimulus is needed as fast as possible.

"The pandemic isn't over and neither is the economic crisis it has created," Shay said in an emailed statement. "There are many families still struggling to make ends meet and businesses facing obstacles to putting workers back on the payroll." 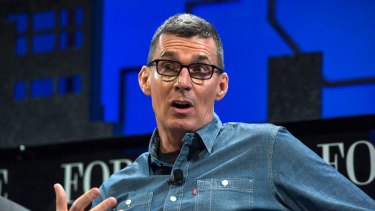 The National Restaurant Association, meanwhile, said that "every week of further inaction means that hundreds of additional restaurants will shut their doors in communities nationwide." A new round of the Payment Protection Program and the Employee Retention Tax Credit is needed or many restaurants won't survive the winter, said Sean Kennedy, the group's vice president for public affairs.

The sense of urgency was echoed in the airline industry. Sara Nelson, president of the Association of Flight Attendants-CWA, said with one tweet, Trump is leaving "millions of essential workers in free fall."

"Senate Republicans will own this cruel manoeuvrer that puts our economy in a tailspin unless they demand COVID relief now," she said in a statement. Nelson has been leading a coordinated union effort across US airlines to push for a six-month extension of $US25 billion in payroll aid to carriers that would have been part of the broader stimulus package.

US carriers have furloughed about 38,000 since October 1, after the first payroll support program expired, including major layoffs at American Airlines Group Inc. and United Airlines Holdings Inc. Those cuts followed the departure of 150,000 who left airlines voluntarily or accepted leave.

United, Delta Air Lines and Southwest Airlines all referred requests for comment to Airlines for America. Nicholas Calio, president of the trade group, said he is "disappointed that Congress and the administration have been unable to reach an agreement that would save tens of thousands of highly skilled, quality jobs in the US airline industry."

More airline employees will be furloughed in the coming weeks, Calio said, because federal aid for payroll support wasn't extended when the prior $US25 billion program expired September 30.

"The reality is that small businesses in every pocket of America are shuttering," Roger Dow, president of the US Travel Association, said in a statement. "They needed relief months ago, which has been made clear week after week. With millions of Americans suffering, it is woefully shortsighted to end relief negotiations."