AMP's US suitor Ares has shown its cards to the market, lobbing a $6.4 billion bid for the ailing wealth giant, an offer that analysts say could be hard to top.

The conditional $1.85 per share offer from the Los Angeles-headquartered firm comes almost two months after AMP put parts of the company up for sale. It's above analyst expectations and has been welcomed by the market.

AMP shares, which jumped almost 20 per cent on Friday when Ares' offer was first made public, gained more ground on Monday, closing the session 9.8 per cent higher at $1.68. 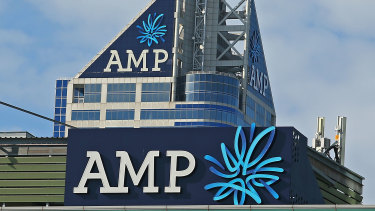 Atlas Funds Management chief investment officer Hugh Dive, who does not own shares in AMP, said other offers would have to come from offshore, which was unlikely.

"I can't think of any credible local player that’s going to stump up that sort of money. The natural buyers, the banks, are exiting wealth," Mr Dive said.

"The AMP turnaround is going to be pretty intense."

Mr Dive added AMP's board would try to push the price higher but added he did not expect a bidding war. "AMP isn’t what it was 15 or 20 years ago where it was viewed as the fifth pillar of the Australian economy."

Morningstar analyst Shaun Ler told clients last week he had expected Ares' offer would be valued around $1.45 per share, representing a 15 per cent discount to his fair value estimate of $1.70 per share. Morgan Stanley had valued AMP at $5.36 billion, or $1.60 per share.

Mr Ler said on Monday that Ares' $1.85 a share offer highlights the "quality of AMP's assets and its growth prospects".

"This is positive news for shareholders who otherwise have to sit through numerous trials in the coming years," he said in a note to clients.

Meanwhile, Tribeca Partners senior analyst Jun-Bei Liu said AMP's board would find it difficult to separate the business, after it announced it was considering selling assets in September, and it would be a "long, drawn out process" for more value to be realised.

"Macquarie was previously rumoured as running the ruler over a year ago, but since then the situation has gotten worse because of ESG and board changes," she said. "It's still conditional at this point, but once it becomes unconditional, the price does represent fair value at this point."

Related posts:
tagged with $6.4b, Analysts, applaud, takeove
Recent News:
Business News:
South Africa Expects First Virus Vaccine Delivery by Mid-2021
Ford Delays Bronco SUV Due to Virus-Related Supplier Problems
Buyout Titan Bravo Sees Future of Subscriptions, Not Leverage
Cramer's week ahead: Next week may be difficult for the markets without stimulus progress
How to earn, redeem, and maximize United MileagePlus miles — even if you're not a frequent flyer
This website uses cookies to improve your user experience and to provide you with advertisements that are relevant to your interests. By continuing to browse the site you are agreeing to our use of cookies.Ok