The Commonwealth Bank of Australia has become the first major bank to pass on the Reserve Bank's record low cash rate, cutting some of its fixed rate home loans to historic lows.

The RBA cut the cash rate to 0.1 per cent on Tuesday.

CBA's standard variable rate mortgages have remain unchanged, however, the bank announced it would cut four-year fixed rate home loans for owner occupiers by 1 per cent to 1.99 per cent, in what it described as the lowest ever advertised home loan rate. 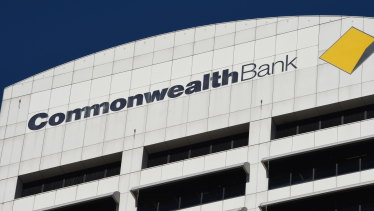 Interest rates on business loans, including those using the government's small business loan guarantee scheme, would also be cut by up to 0.5 per cent.

"Yesterday’s move by the RBA will lower the structure of interest rates and provide confidence that Australians can borrow over the long term at historically low rates," he said.

"We have reflected this in our interest rate settings, offering customers our lowest ever fixed rate."

While CBA was the first major bank to make the move, a suite of smaller lenders have responded to the cheaper flow of money.

Canstar released research on Tuesday showing fintech Athena, which specialises in home loans, reduced its rate by 0.15 per cent. Other smaller lenders, including Pacific Mortgage Group and Homeloans.com.au, also reduced rates between 0.10 per cent and 0.16 per cent.

The RBA's rate cut will remain in place for at least the next three years, giving certainty to banks and other lenders about their funding costs.

It comes after CBA announced on Tuesday a moratorium on forces home sales until September 2021 for borrowers struggling with repayments during the coronavirus pandemic.