National Australia Bank chief executive Ross McEwan has welcomed the business-focused federal budget, saying it will help rebuild the battered economy, but the bank's chief economist has cautioned the government's outlook may be overly optimistic.

The big four banks are among the businesses excluded from the $27 billion investment allowance, that targets small to medium businesses by enabling those with turnovers of less than $5 billion to deduct the full cost of any asset worth up to $150,000.

The instant asset write-off scheme will cover 99 per cent of businesses employing 11.5 million people and Mr McEwan said this will help drive the country's economic activity through the pandemic. 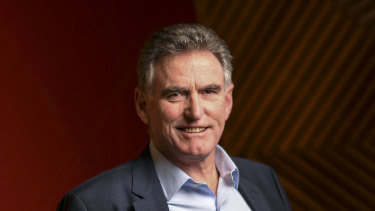 "We must do everything we can to support and strengthen businesses right now and the budget measures announced by the government will certainly help to do that as we begin to transition from support to stimulus," Mr McEwan said.

"In particular, the tax incentives to encourage businesses to invest and wage subsidies to create more jobs will be significant contributors to rebuilding Australia’s economy."

However, NAB's chief economist Alan Oster said the government's economic forecasts underpinned by the assumption of a widely available vaccine by the end of next year might be overly optimistic.

NAB has predicted worse economic conditions across almost all measures including GDP, unemployment and export growth and Mr Oster said "structural reform would have also been useful" alongside the stimulus.

"Fundamentally we are much more worried about the outlook than the forecasts published by the Treasury," Mr Oster said. 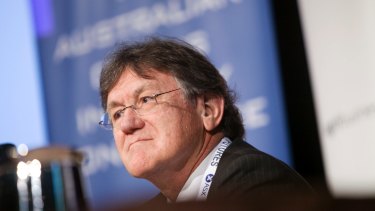 NAB chief economist Alan Oster is concerned the government’s outlook may be too optimistic.Credit:Jessica Shapiro

Mr McEwan said R&D incentives had been among the key issues raised by the bank's business customers, "so it's good to see measures addressing this area".

The crown jewel of Frydenberg's greatly anticipated budget is the $17.8 billion plan to give personal tax-cuts to 11.5 million workers within weeks. Mr McEwan also praised this initiative.

"Personal income tax cuts and extra payments for age pensioners will put money back in peoples’ hands and we welcome continued efforts to help Australians buy their first home," he said.

Mr McEwan called on the private sector to help the economic recovery.

"Getting businesses going again isn’t just the responsibility of governments. Companies like NAB must also step up. We all have a responsibility to do our part to ensure Australia emerges as a stronger global player on the other side of this," he said.

This week, NAB hired an additional 500 business bankers to support customers restructure loans and navigate the recession and provide access to low-interest capital through the government's loan guarantee scheme for SMEs.

NAB has approved around 40,000 business loan deferrals since the pandemic begun and has guaranteed 6087 government-backed business support loans. Around 15 per cent of customers have begun to make partial or full repayments, but Mr McEwan has acknowledged there is a long way to go.