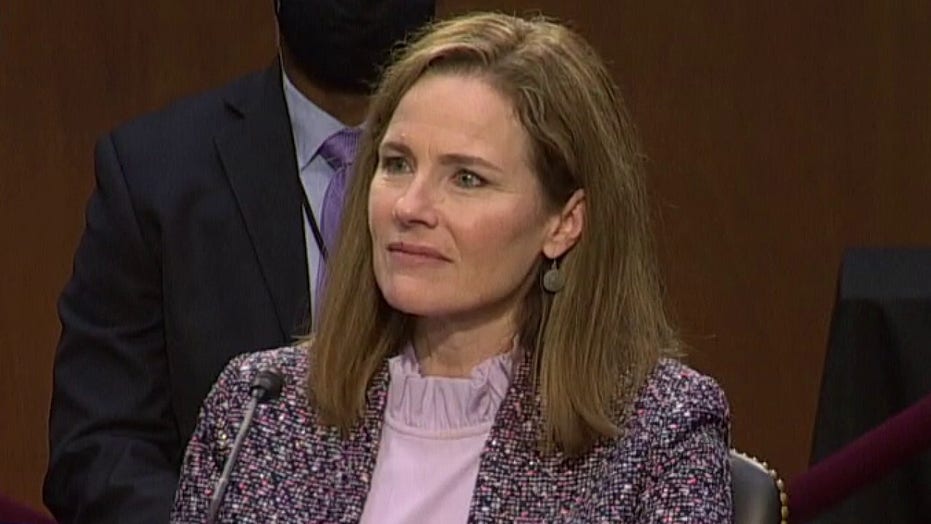 Judge Barrett: Everything that Justice Scalia has said is not necessarily something I would agree with or do

Amy Coney Barrett staked out on Wednesday her judicial independence — even from her mentor — during another day of intense questioning on Capitol Hill where she tried to assure senators she would be an impartial jurist who would weigh opposing views fairly.

President Trump's Supreme Court nominee already distanced herself from Trump's tweets on Tuesday — arguing she would be nobody's "pawn." But on Wednesday, Barrett also distinguished herself from Justice Antonin Scalia, the late conservative icon for whom Barrett clerked.

Since Barrett admittedly prescribes to the same originalist judicial philosophy that Scalia championed, Democrats claim that Scalia's past votes against Obamacare, gay marriage and the Voting Rights Act would be hers too.

But under questioning from Sen. Chris Coons, D-Del., Barrett told the senator it's unfair to expect she would decide a case just as her mentor had done.

"I hope that you aren't suggesting that I don't have my own mind," Barrett said, "or that I couldn't think independently or that I would just decide like, 'Let me see what Justice Scalia has said about this in the past.'

"I assure you I have my own mind." 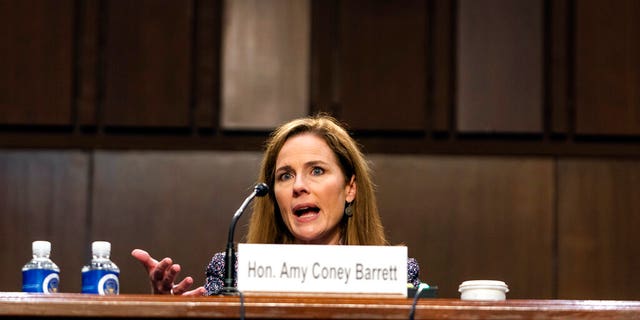 Coons was making the case that adding Barrett to the court to fill the seat vacated by the death of Justice Ruth Bader Ginsburg, a liberal icon, will have a "profound" impact to swing the court in the conservative direction with a 6-3 majority.

Coons brought up a poster board of roughly 120 Supreme Court cases that were decided by a 5-4 majority where Ginsburg was in the majority and Scalia dissented.

Had Barrett been on the court instead of Ginsburg the difference in case outcomes would have had "huge consequences" on everyday Americans on issues ranging from health care to consumer protections and gun safety and immigration, Coons said.

"My core concern here, your honor, is that your confirmation may launch a new chapter of conservative judicial activism, unlike anything we've seen in decades," Coons said. "And so with all due respect, I will be voting against your confirmation."