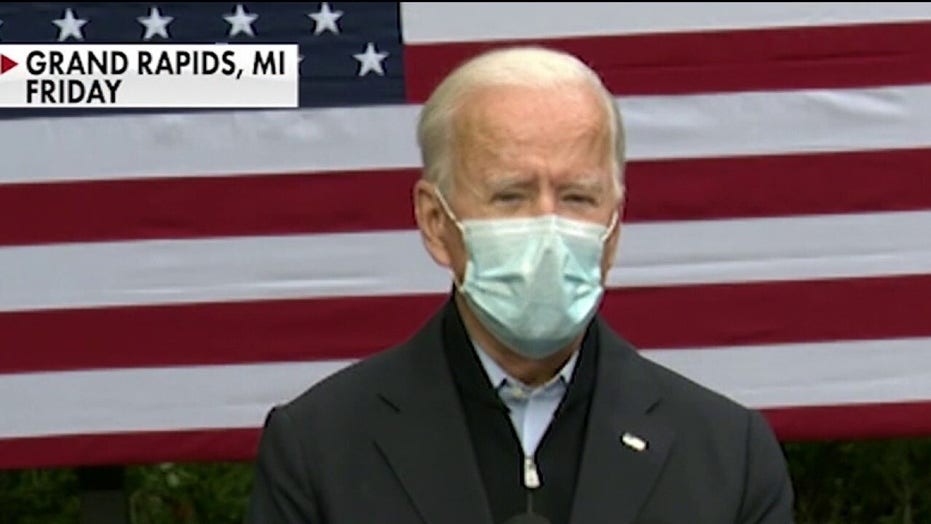 Will Joe Biden’s call for a national mask mandate go over with voters?

CNN's fact-checks of Joe Biden are few and far between, but the Democratic nominee's recent call for a mask mandate was apparently egregious enough that the anti-Trump outlet could not ignore.

Over the weekend, Biden revived his call for a mask mandate when he becomes president, something he previously backed away from over the lack of constitutionality.

"We're going to have to act to get Covid under control," Biden told rallygoers in Michigan. "On Day One of my presidency, I'll put into action… a national mandate, mask-wearing, social distancing, testing, tracing, all things."

Biden's recent shift on the stance of a mask mandate caused CNN to pose this question on Sunday: "Can the President enact a nationwide mask mandate?"

"There appears to be no legal authority that would allow a U.S. president to enact a nationwide mask mandate," CNN reported. "There are exceptions where the executive's authority could allow for such a mandate, such as on federal property, though a nationwide rule would almost certainly be challenged in court."

Over the past several months, Biden has flip-flopped on his mask mandate, which he at one point walked back.