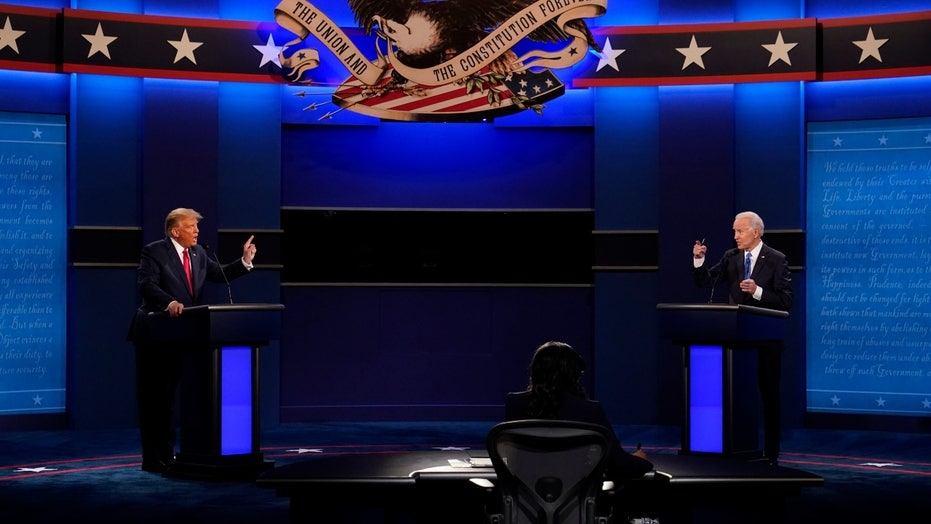 President Trump calls out Biden for ‘flip-flopping’ on fracking

Liberal CNN anchor Jake Tapper was criticized Sunday after he stayed quiet as Biden campaign senior adviser Anita Dunn claimed that all fact-checkers agree the Democratic presidential nominee is telling the truth about his fracking stance, when the cable network's own fact-checker said otherwise last month.

“I think President Trump’s claim that Vice President Biden is going to eliminate fracking has been one of the most fact-checked claims of this entire election and, not surprisingly for a claim from President Trump, has been rated false by everyone who has looked at it,” Dunn told Tapper on “State of the Union”.

Howver, Washington Free Beacon executive editor Brent Scher was quick to point out that a CNN fact-checker did not rate Trump’s claim as “false”, as Dunn had claimed.

“Biden campaign, today on CNN: Fact-checkers across the board say Biden is telling the truth about fracking,” Scher tweeted.

“CNN fact-checker a week ago: Biden isn’t being honest about fracking. Yet CNN just moves on to next topic…”

Following the final presidential debate Oct. 22, Daniel Dale – who has become famous in liberal circles for his marathon fact-checks of President Trump – appeared on CNN's coverage to discuss the exchange when Trump pressed Biden over opposing fracking. Dale broke with precedent by offering rulings against the former vice president over claims he made.

"I have never said that I oppose fracking," Biden firmly said.

"You said it on tape!" Trump exclaimed.

"Show the tape! Put it on your website!" Biden challenged the president. "The fact of the matter is, he's flat lying."

Dale appeared bewildered as he was about to credit the president for being accurate on the issue.

"So in this case, Trump is correct. Biden did make anti-fracking comments in 2019 and 2020, and Trump was not lying," Dale told anchor Anderson Cooper.

Dale then played a clip from a 2019 CNN debate during which moderator Dana Bash asked the former VP if there would be "any place for fossil fuels, including coal and fracking, in a Biden administration."

"No," Biden responded. "We would work it out. We would make sure that it's eliminated and no more substitutes for either one of those, any fossil fuels."

Dale commented, "So Biden didn't say the words 'I oppose fracking' there, but he clearly was at least very strongly suggesting that he was an opponent."

“So Biden is not actually proposing a complete fracking ban, but it’s just false for Biden to say that he never said he opposed fracking,” he added.

Related posts:
tagged with called, CNN’s, f, out, Tapper
Recent News:
Business News:
Nirav Modi’s remand extended in UK, final hearings in 2021
Sephora will open mini shops inside 850 Kohl's stores by 2023, as retailer bets big on beauty
SE Cupp: Economy presents smorgasbord of issues for Biden
Amazon Web Services Extends Deal With Zoom
U.S. Stocks May See Further Upside In Early Trading
This website uses cookies to improve your user experience and to provide you with advertisements that are relevant to your interests. By continuing to browse the site you are agreeing to our use of cookies.Ok