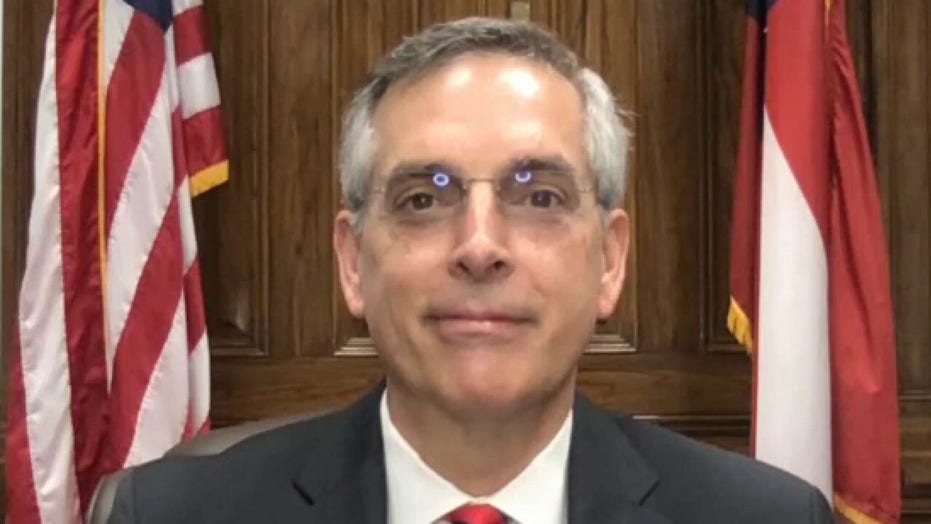 Georgia Secretary of State Brad Raffensperger tells ‘Fox &amp; Friends’ the goal is to have concluded the state’s manual recount of the 5 million presidential ballots by November 20.

Georgia’s manual recount of all presidential ballots will be a “big lift,” requiring election officials to work overtime, Georgia's GOP Secretary of State Brad Raffensperger told “Fox & Friends” on Thursday, adding that the goal is to conclude the undertaking by next week.

“Certification by the office of secretary of state is November 20. That's our goal,” Raffensperger said. “The big counties told us yesterday that they can hit it.”

Host Steve Doocy asked Raffensperger how many errors he expects will be “picked up” during the recount process.

“I believe it will be relatively small amount,” he responded. “I think that you’ll find that the machine count that we did will be fairly accurate.” 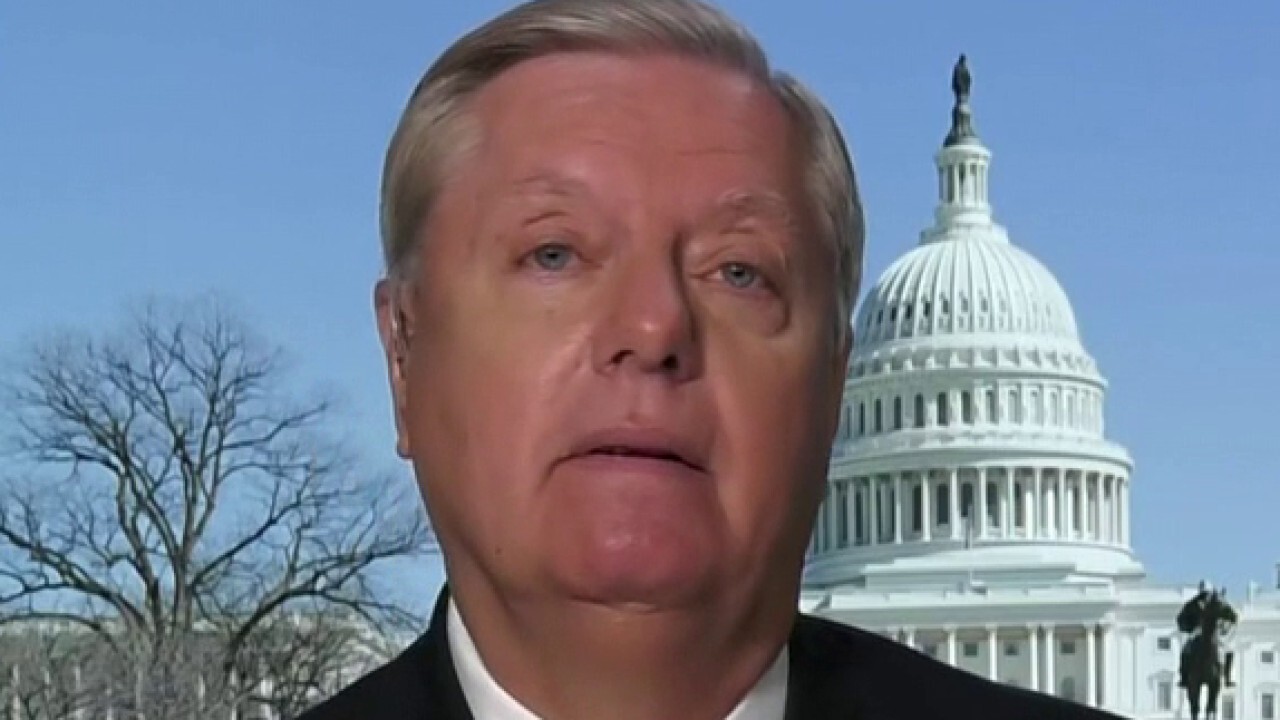 On Wednesday, Raffensperger announced that election officials will conduct a manual recount of all presidential ballots as President-elect Joe Biden leads in the state by just over 14,000 votes out of nearly 5 million counted.

"This is a process. It is a process defined by law. These men and women in my office will continue to follow the law and count every legal vote," Raffensperger said during a news conference on Wednesday.

He continued: "With the margin being so close, it will require a full, by-hand recount in each county. This will help build confidence. It will be an audit, a recount and a recanvass all at once.”

On Thursday, Raffensperger referred to the process as “a risk-limiting audit,” which “triggers” a statewide recount.

“We would have had to pull out 1.5 million ballots anyway, it's just easier to pull out all 5 million and just recount every single one,” he explained.

Trump's camp continues to wage legal battles in some of the battleground states that are still counting votes, filing lawsuits challenging the count in Georgia, North Carolina, Pennsylvania and Nevada.

The Georgia suit, which hinged on a poll worker claiming he saw 53 late ballots illegally compiled with a group of eligible ballots, was tossed out by a Chatham County judge last week. 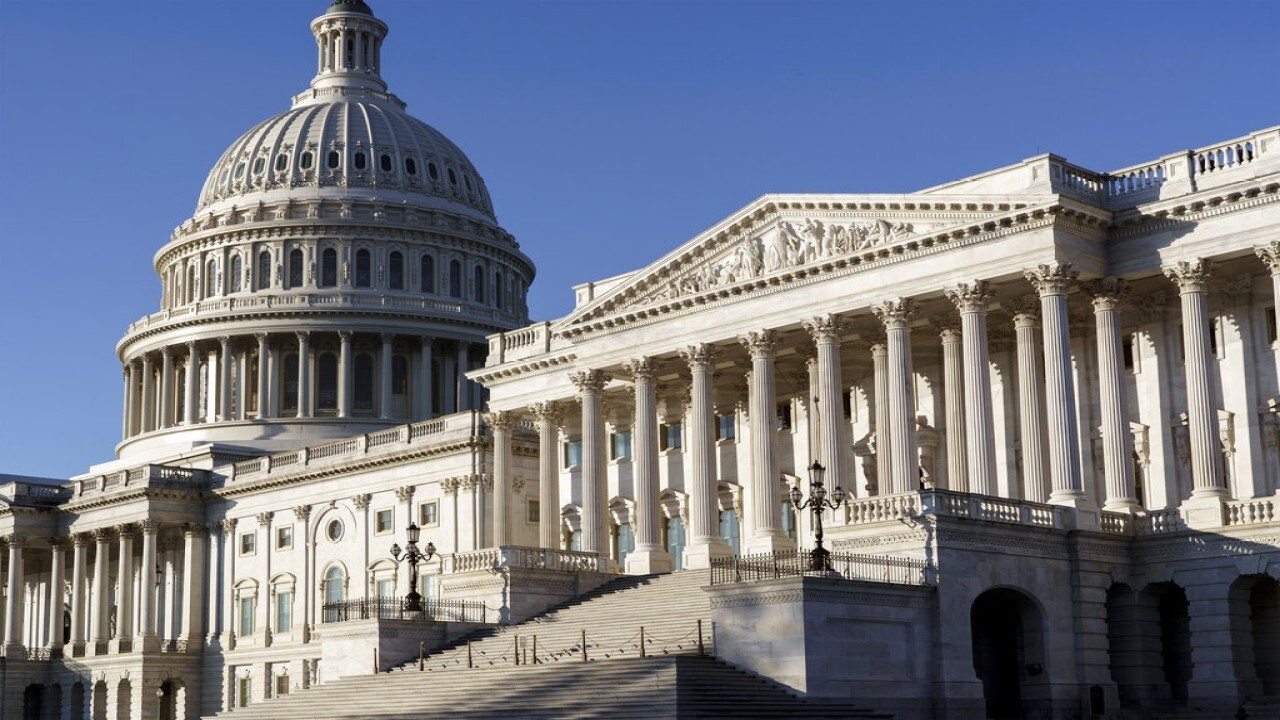 Doocy asked Raffensperger on Thursday if he is “confident that at the end of the day, after all this stuff that your office is doing, by November 20th the results certified will be accurate?”

“Yes, it will,” he responded. “Every single ballot will be hand counted.”

Doocy also pointed to allegations that signatures “did not match what you had on file” and asked Raffensperger how election officials will determine which envelope corresponds to which ballot during the recount.

Raffensperger acknowledged that in some cases the envelope has been separated from the ballot, adding that in other cases “they are actually still together if there was a ballot that had been adjudicated and there was a concern at the original time.”

“But all the envelopes should be available for inspection regardless so that people can look at those,” he said, stressing that “we are going to have an open and transparent process.”

Georgia is also facing two Senate runoff elections in January after two candidates fell shy of 50% of the vote, which candidates must receive in order to win under state law. The results of the runoff elections will likely determine whether Democrats or Republicans get control of the Senate.

Republican Sens. David Perdue and Kelly Loeffler, who are on the ballot in the runoff elections, called for Raffensperger’s resignation, claiming he ran the election poorly. They did not, however, cite specific incidents of wrongdoing.

“I'm not going any place,” Raffensperger told Doocy on Thursday. “I was put here by the voters and that's the people that will decide my fate.”

Fox News’ Audrey Conklin and The Associated Press contributed to this report.

Related posts:
tagged with con, georgia, of, Secretary, State
Recent News:
Business News:
U.S. Stocks May See Further Upside In Early Trading
Uber, Lyft Win $810 Mln Worth Federal Transportation Contract
Mouton Rothschild Will Pay For Your Artwork in Wine
German Joblessness Fell in November Despite Second Lockdown
More Women in Boardrooms Mean Better Climate Policy, BNEF Says
This website uses cookies to improve your user experience and to provide you with advertisements that are relevant to your interests. By continuing to browse the site you are agreeing to our use of cookies.Ok