President Donald Trump early Friday announced he and First Lady Melania Trump tested positive for COVID-19, and hours later he was admitted to the Walter Reed Medical Center in Bethesda, Maryland, where he was treated with at least three different therapeutic drugs.

Trump's diagnosis came shortly after that of his adviser and former communications director Hope Hicks and not long before two GOP senators and others close to him announced they, too, had tested positive for the novel coronavirus.

Here's how the apparent COVID-19 outbreak at the White House began, from a possible superspreader event on September 26 to Trump's release from the hospital on Monday evening.

Saturday, September 26: President Trump hosts an event in the Rose Garden to formally announce his nomination of Amy Coney Barrett to the Supreme Court 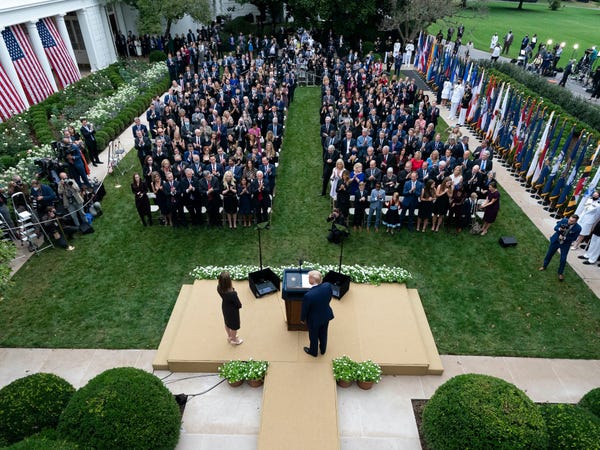 Prominent Republicans attended the event to honor Trump's nomination of Judge Amy Coney Barrett to the Supreme Court at the White House on September 26. Attendees were seen not practicing social distancing or wearing face masks. The affair appears to have been a COVID-19 superspreader event. 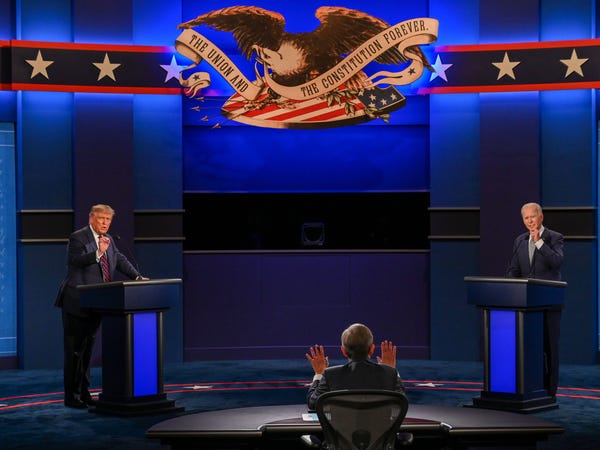 According to Fox News anchor Chris Wallace, who moderated the debate, Trump arrived at the debate too late to be tested for COVID-19. Trump's family had been pictured in the audience during the debate without face masks, and reportedly neglected to wear them at a Cleveland hotel prior to the debate. 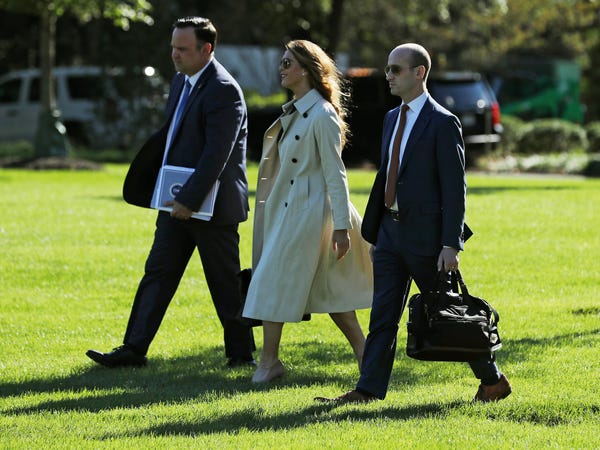 Hicks, a White House adviser and former communications director, was the first White House official to announce a positive test. Hicks reportedly traveled with Trump aboard Air Force One to and from the first presidential debate on Tuesday. 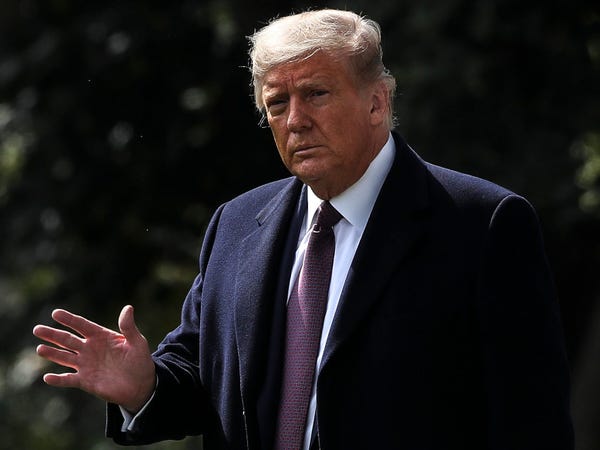 Murphy said the state is working to monitor some 206 attendees and 19 workers to prevent an outbreak.

Friday, October 2: Trump announces in an early morning tweet that he and First Lady Melania Trump tested positive for COVID-19 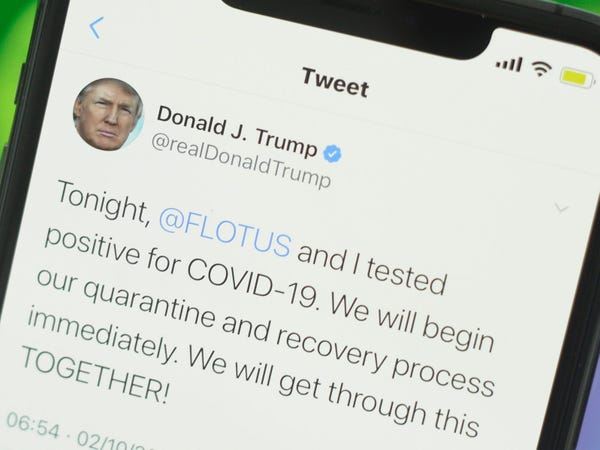 In a tweet sent around 1 a.m. on Friday, the president announced that he and first lady Melania Trump had tested positive for the coronavirus.

"We will get through this TOGETHER!" he wrote. 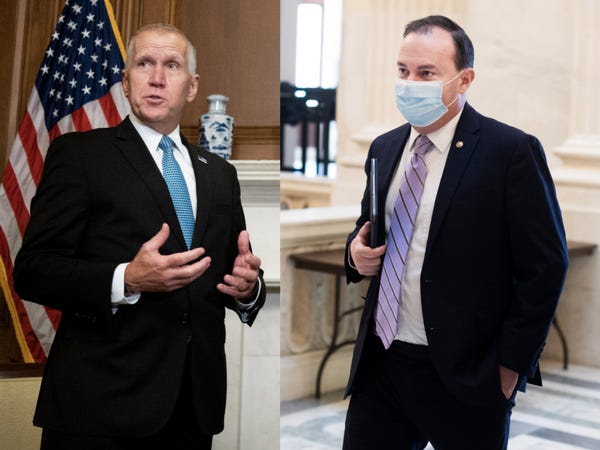 Lee and Tillis, both members of the Senate Judiciary Committee, announced on Friday they tested positive for the virus. Both GOP senators attended the president's Rose Garden ceremony. 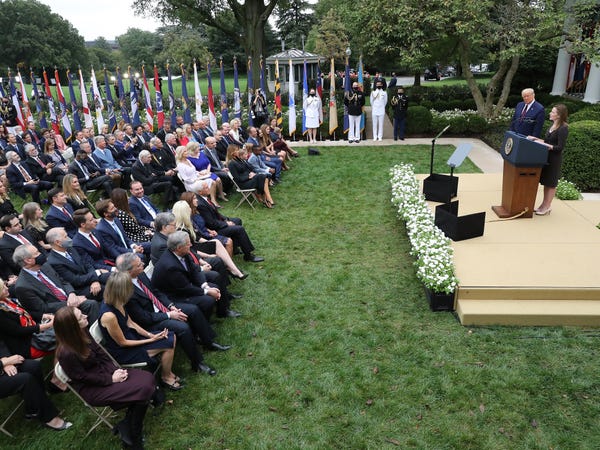 Jenkins announced Friday he tested positive for COVID-19. He has since said he regretted not wearing a mask during the entirety of the September 26 event.

Friday, October 2: Trump is transported by helicopter to the Walter Reed Medical Center in Bethesda, Maryland 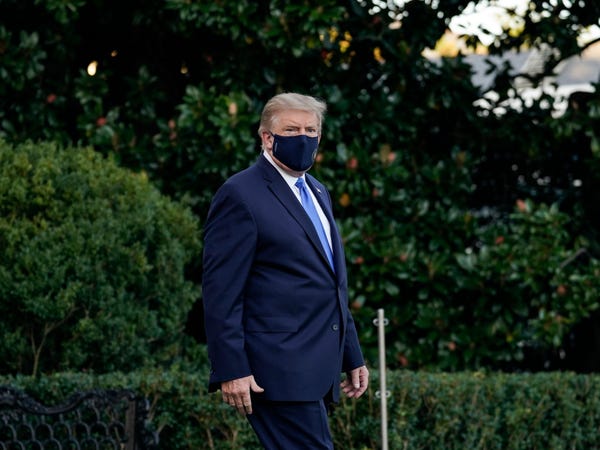 Less than 24 hours after he tweeted that he had been diagnosed with COVID-19, Trump via helicopter departed the White House for the Walter Reed Medical Center in Bethesda, Maryland, to be treated "out of an abundance of caution," the White House said in a statement. 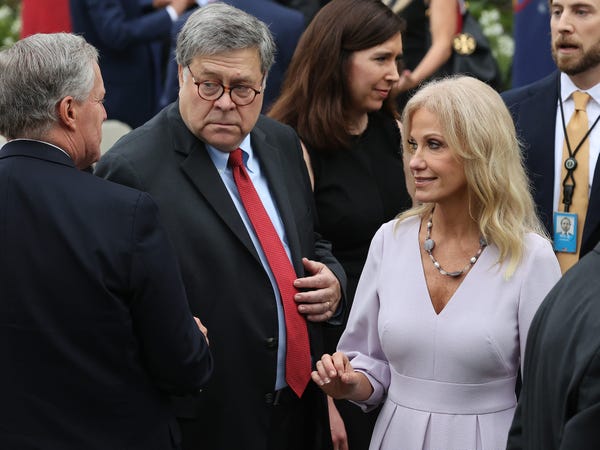 Conway announced her positive result on Friday after her 15-year-old daughter, Claudia, posted to TikTok about her mother's diagnosis. Conway was at the September 26 Rose Garden event and was pictured socializing with Attorney General Bill Barr.

Conway said she had a "light cough" and was "feeling fine." 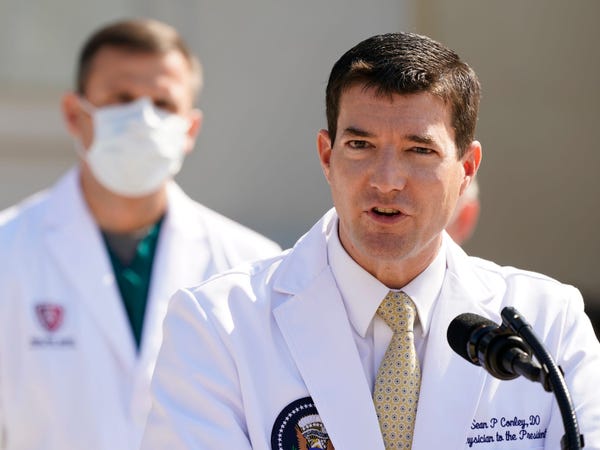 White House physician Dr. Sean Conley on Saturday delivered the first update on Trump's health since he was hospitalized. Conely said Trump was in good spirits and doing well, but dodged specific questions about his health.

At another press briefing the following day, Conley confirmed that Trump had at some point required supplemental oxygen as part of his treatment for COVID-19.

Saturday, October 3: Chris Christie, the former governor of New Jersey, announced he was positive and hospitalized with COVID-19 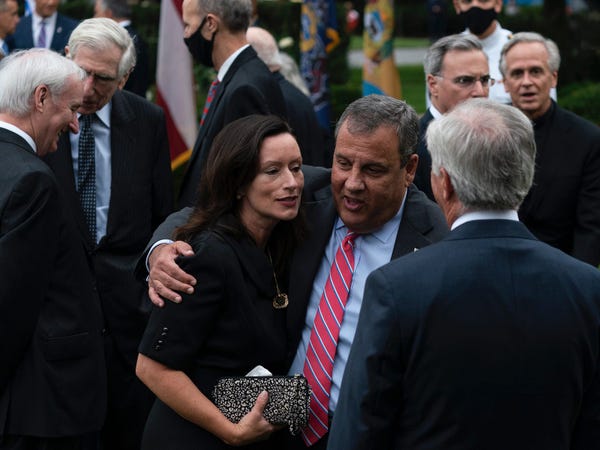 Former New Jersey Gov. Chris Christie in a tweet on Saturday announced he tested positive for COVID-19, was experiencing mild symptoms, and had checked himself into a hospital as a precaution due to his having asthma. Christie attended debate-preparation sessions with Trump and attended the September 26 White House Rose Garden event. 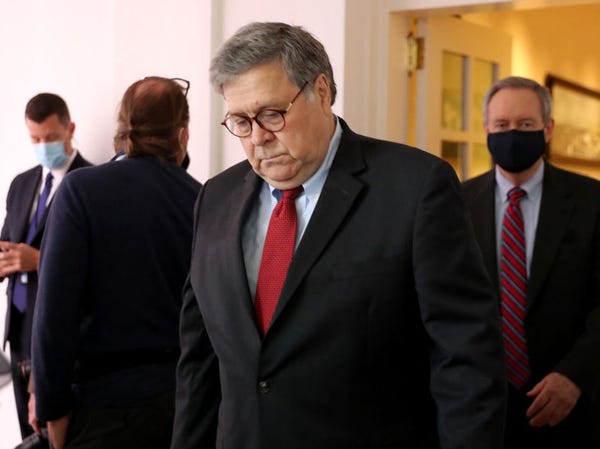 The US Justice Department announced on Sunday that Attorney General William Barr would self-quarantine after Trump and other people he had come in contact with had since tested positive for the virus, according to the Associated Press.

Kerri Kupec, a spokesperson for the Justice Department said Sunday that Barr has had four negative COVID-19 tests since Friday and was quarantining "out of an abundance of caution."

Sunday: October 4: Trump takes a joyride outside of Walter Reed Medical Center to wave to his supporters 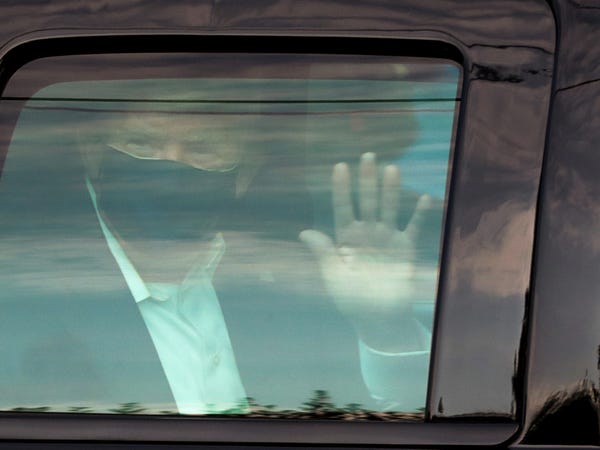 Prior to his controversial trip around the hospital, Trump announced in a Twitter video that he was going to "surprise" his supporters who were camped outside Walter Reed. A doctor at the hospital later accused Trump in a tweet of putting the lives of his Secret Service agents at risk. 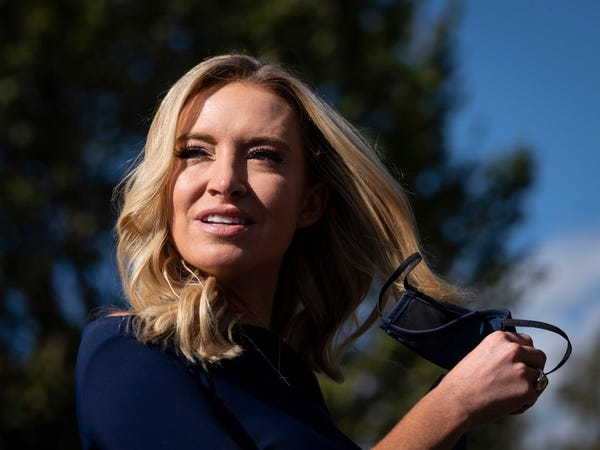 Monday, October 5: Trump downplays COVID-19 and announces he's leaving the hospital to return to the White House medical unit where he would continue his treatment 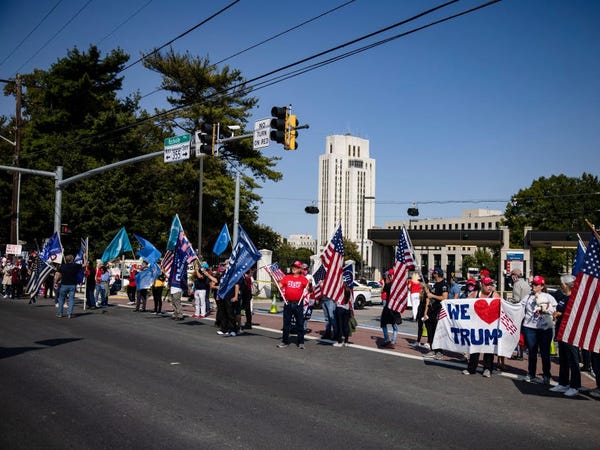 "Don't be afraid of Covid," the president tweeted, despite more than 200,000 deaths from the virus in the US. "Don't let it dominate your life. We have developed, under the Trump Administration, some really great drugs & knowledge. I feel better than I did 20 years ago!"

Do you have a personal experience with the coronavirus you’d like to share? Or a tip on how your town or community is handling the pandemic? Please email [email protected] and tell us your story.

Get the latest coronavirus business & economic impact analysis from Business Insider Intelligence on how COVID-19 is affecting industries.