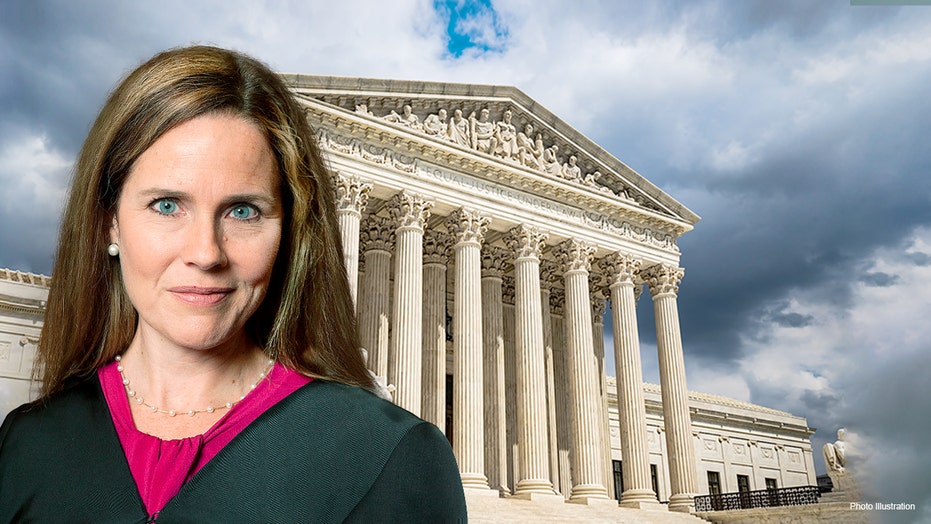 Senate Republicans are pushing full speed ahead with the confirmation of Judge Amy Coney Barrett to the Supreme Court and this week will kick off high-stakes hearings.

The hearings are set to begin Monday at 9 a.m. ET and continue through Thursday.

Fox News Channel will cover the process live on "America’s Newsroom" from 9 a.m. to 12 p.m., with Sandra Smith and guest co-anchor Bill Hemmer. Fox News’ Shannon Bream, Bret Baier, Martha McCallum and Chris Wallace will be joining, along with other contributing guests.

Senate Judiciary Committee Chairman Lindsey Graham, R-S.C., will preside over the Capitol Hill hearing in person, but each senator on the committee will have the option of appearing virtually because of the  coronavirus outbreak.

Monday's hearing will kick off with opening remarks by Graham. The top Democrat on the panel, Sen. Dianne Feinstein, D-Calif., will follow. Then each of the 20 other senators on the panel will be allowed to speak for 10 minutes each.

Two senators from Indiana and a law professor will next introduce Barrett.

Sens. Todd Young and Michael Braun, both Republicans, and Patricia O’Hara, a former Notre Dame Law School professor, will each speak for five minutes about Barrett's qualifications for the high court before Barrett — the choice of President Trump to fill the vacancy created by the Sept. 18 death of Justice Ruth Bader Ginsburg — is sworn in to testify.

Barrett, a 7th Circuit Court of Appeals judge, will then deliver her opening remarks to the committee to cap off the first day of the hearings.

Questioning of Barrett will start in earnest Tuesday when Democrats on the committee are expected to grill her on issues related to health care, abortion and gun rights.