Ingraham urges Biden to call off 'his rioters' on Election Night: 'Stop the intimidation campaigns, Joe' 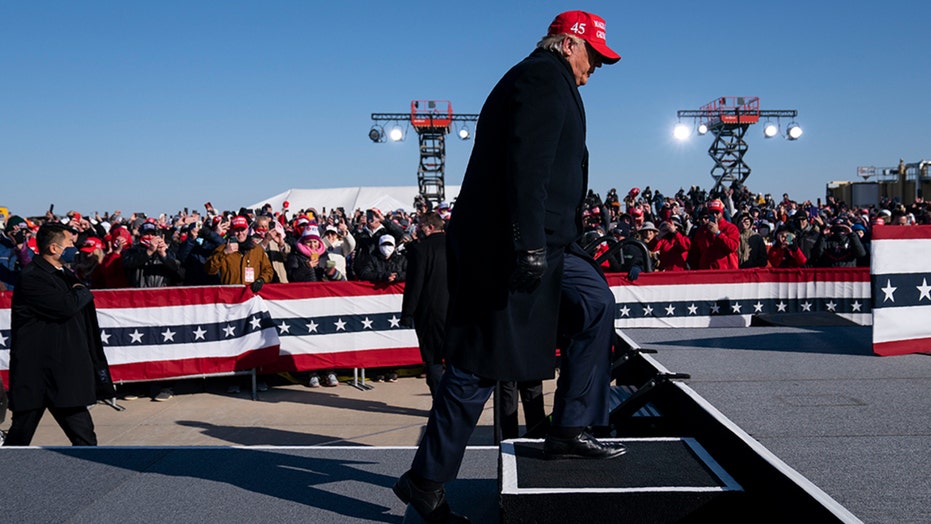 Laura Ingraham urged Joe Biden Sunday to call off "his rioters" on or around Election Day as businesses and retailers across the country board up storefront windows in anticipation of potential unrest.

"I call on Joe Biden to urge his supporters not to commit acts of violence and destruction on Election Night," said "The Ingraham Angle" host. "Stop the intimidation campaigns, Joe."

Ingraham then showed several eerie images of Washington, D.C. hair salons, restaurants, clothing stores, and banks whose windows are covered in plywood as business owners prepare for a possible repeat of the violent riots and looting seen over the summer.

"It’s not boarded up because [Washington D.C.] Mayor Muriel Bowser thinks MAGA supporters will rampage if they don’t get their way," she said. "This may actually be a good sign so long as Biden calls off his rioters on November 4."

Addressing her viewers directly, Ingraham said: "No one can stop you from casting your vote on Election Day. They wanted to demoralize you, but look at these [Trump] rallies.

"Look at them. Look at these caravans. Look at the boat parade. Trump supporters weren’t fazed at all by the left's intimidation or social media censorship. They showed up for their man in Washington."

Related posts:
tagged with Biden, Call, Ingraham, o, to, urges
Recent News:
Business News:
Bill Gross Blames the Help for Loud Music That Annoyed Neighbor
Delta Resumes Only Nonstop Flights to China by U.S. Airlines
Esports Ecosystem Report 2020: The key industry players and trends growing the esports market which is on track to surpass $1.5B by 2023
Nexstar Stations And WGN America Go Dark On Dish Network
AI IN CONTENT MARKETING: How leading marketers are taking advantage of AI to accelerate content generation, better understand content performance, and refine content promotion
This website uses cookies to improve your user experience and to provide you with advertisements that are relevant to your interests. By continuing to browse the site you are agreeing to our use of cookies.Ok