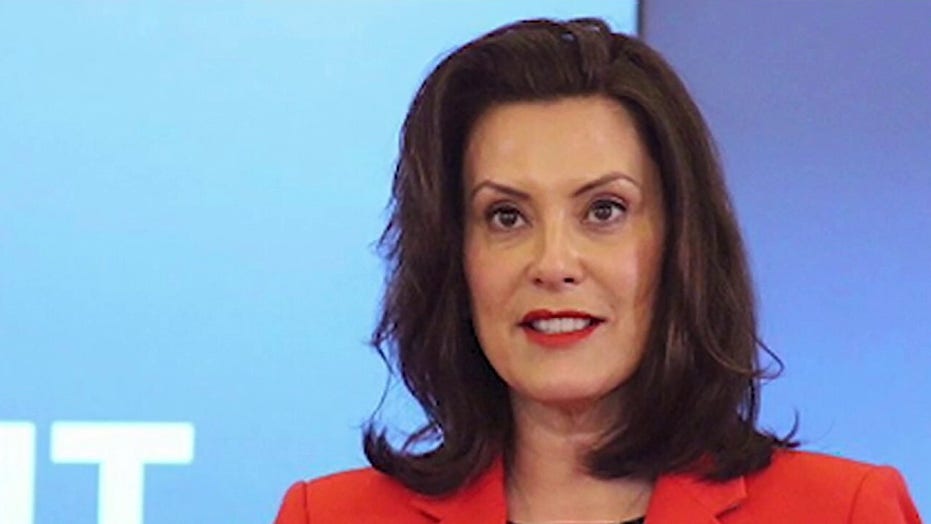 “If the provisions of the Constitution be not upheld when they pinch as well as when they comfort, they may as well be abandoned.”

Late last week, the Supreme Court of Michigan — the state’s highest and final court — invalidated the coronavirus pandemic executive orders of Democratic Gov. Gretchen Whitmer as well as the statute on which she based those orders.

The opinion was a sweeping victory for personal liberty in a free society and was exceptionally gratifying for those of us who believe that the U.S. and state constitutions mean what they say.

Whitmer’s orders were the most draconian in the union, and numerous efforts to dislodge them in state courts had failed until three primary care physicians sued the governor in a federal court in Michigan.

The federal judge to whom the case was assigned certified questions of law to the Michigan Supreme Court. This is a rarely used procedure that federal judges employ when they need to know how a state court of last resort will rule on a question of state law.

Under our federal system, the state court of last resort — not the U.S. Supreme Court — has the final say on the meaning of the state’s constitution and the laws written pursuant to it.

The Michigan Supreme Court accepted the certification, meaning it agreed to inform the federal judge what the relevant clauses of the Michigan Constitution mean and whether the statute on which the governor relied is constitutional. In so doing, it ruled that the Michigan statute in question was unconstitutional and thus the governor’s executive orders are void.

Here is the backstory.

Whitmer made herself a one-woman government when she purported both to write the laws during the early days of the coronavirus pandemic and to enforce them. She did so in a staggering series of executive orders issued in April and May.

Among other orders, Whitmer required residents to stay home unless their travel was immediately necessary to preserve human life, to wear face masks in all indoor and outdoor public places and to stay at least six feet away from all other people outside the home. 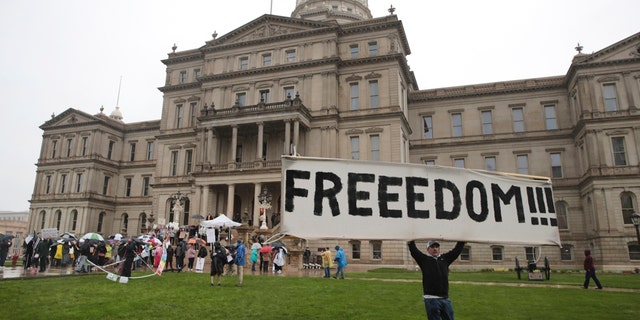 A protester carries a sign during a rally against MichiganÕs coronavirus stay-at-home order at the State Capitol in Lansing, Mich., Thursday, May 14, 2020. (AP Photo/Paul Sancya)

She also closed arcades, bingo halls, bowling alleys, indoor climbing facilities, skating rinks and trampoline parks. She closed all places of employment not immediately necessary to sustain human life. She banned advertisements for nonessential goods and services. She prohibited visitors at hospitals, nursing facilities and jails. She shut down all veterinary facilities.

In short, the governor of Michigan made up her own laws, reordered human life, displaced nearly all livelihoods and trampled civil liberties on a scale not seen in America since the Civil War; although the governor’s orders in New Jersey are a close second.

The physicians who challenged Whitmer’s executive orders argued that under the U.S. Constitution’s Guarantee Clause, the states are required to have and employ a republican form of government (lowercase “r”).

This means in all state governments there must be three separate branches of government — a legislature that writes the laws, an executive that enforces them and a judiciary that interprets them. This is known as the separation of powers.

When any governmental executive — a mayor, governor or president — takes, receives or exercises legislative power, that violates the separation of powers.

A violation of the separation of powers ordinarily renders the violating governmental behavior null and void.

Stated differently, if the courts acted as a legislature, or if the governor acted as a court, or the legislature took command of the police, all acts done in those scenarios would be void. Were this not so, then nothing would prevent any one branch from relinquishing its powers to another, or from seizing the powers of another branch. The result would be a catastrophic loss of personal liberties.

The governor called this argument novel. It is not novel. It is bedrock American constitutional law, just as James Madison intended.

The governor also argued that in a state of emergency she could assume the powers of the legislature in order to preserve human life. She pointed to a 1945 Michigan statute that said she could do so for 28 days. Yet, her orders went well beyond 28 days.

The separation of powers is both uniquely American and at the core of the freedom-protecting functions of our federal and state constitutions.

The separation of powers does not exist to preserve the hegemony of each branch, but rather to assure that power does not accumulate in one branch, thereby threatening personal liberties.

Regrettably, sometimes the courts look the other way when this happens because the outcome is politically desired. The better courts — like Michigan’s Supreme Court — nip it in the bud lest we be ruled by dictators claiming to keep us safe.

How much longer will courageous courts keep our liberties safe?