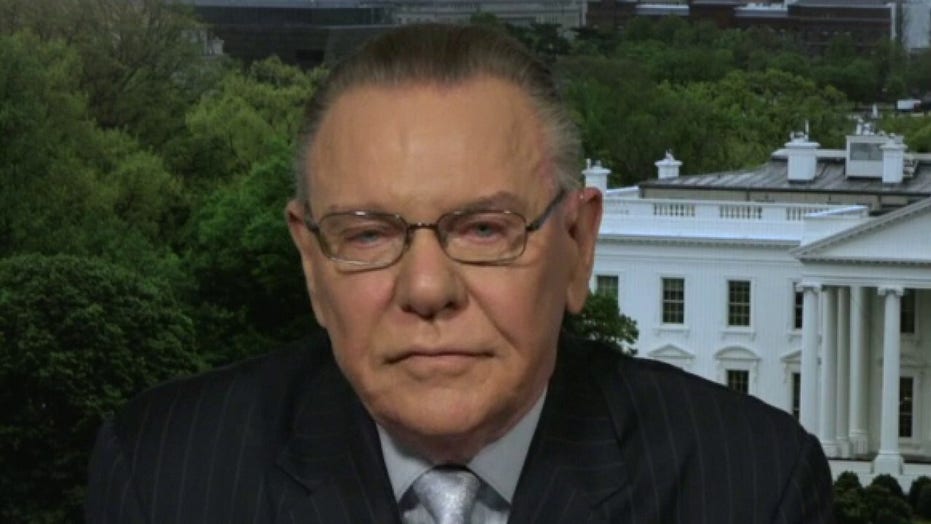 Gen. Jack Keane on an NYPD officer being accused of acting as a Chinese Communist Party agent and new sanctions on Iran.

Some Democrats apparently find it hard to understand how ruthless and dictatorial their Communist Chinese business partners are.

In Kelly’s case, riding around China with a Chinese flag on his motorcycle was probably good for selling products and putting money in his pocket, but it also helped legitimize the totalitarian police state Xi Jinping is building. After all, if an American astronaut is comfortable waving the Chinese flag, can the dictatorship really be that bad?

JOHN FUND: 2020 ELECTION'S OCTOBER SURPRISES — WHO'S UP, WHO'S DOWN

Similarly, selling the giant Chinese conglomerate Tencent a role in Kelly’s surveillance balloon company offers the Chinese dictatorship an opportunity to acquire surveillance technology that will help it further control the Chinese people. At a time when the dictatorship has more than a million Muslims in concentration camps, is systematically destroying the culture of Tibetan Buddhists, and is imposing a police state on Hong Kong, offering surveillance opportunities through Tencent to Xi Jinping is a profoundly bad idea.

Kelly’s business partner, Tencent, is also an investor in the remake of "Top Gun" and it is a sign of the dictatorship’s willingness to censor Americans that Tom Cruise’s pilot jacket no longer carries flags from Taiwan and Japan. No detail of Communist propaganda is too small for Kelly’s Chinese Communist friends.

Hunter Biden’s massively profitable ties with the communist Chinese have become a bigger and bigger national issue (see the 85-page Senate report on Biden’s enormous payments from players in Ukraine, Russia and most agressively China).

These two stories are part of a growing tide of examples of the Chinese Communist dictatorship’s efforts to infiltrate and influence America.

CNBC reported that 33-year-old, Tibetan-born New York Police Officer and U.S. Army Reservist Baimadajie Angwang was arrested Monday for allegedly “spying on fellow ethnic Tibetans while acting as an illegal agent for China.” Charges allege that he reported the activities of other native Tibetans in the New York area to the Chinese consulate there.

Just the News reported, “Between 2002 and 2016, Chinese state-owned or state-linked companies acquired more than $120 billion worth of assets in 40 states across the U.S. Just 15 Chinese entities (sovereign wealth funds, state-owned corporations or state-linked private sector firms) accounted for 60% of this activity. In 2016 alone, more than 50 of these Chinese acquisitions exceeded $50 million. Several Chinese takeover deals exceeded $1 billion.”

In U.S. academia, there are nearly 75 Confucius Institutes in the United States and 500 Confucius classrooms in schools. They are part of the dictatorship's propaganda system to influence American youth.

A 2019 U.S. Senate report found, “[N]early 70 percent of U.S. schools that received more than $250,000 from Hanban failed to properly report that amount to the Department of Education.” Hanban is the dictatorship’s propaganda agency.

Mark Kelly and Hunter Biden are just small (albeit important) examples of the massive effort by the Chinese Communist dictatorship to infiltrate, influence and ultimately dominate the American economy and culture.

Further, from January 2012 to June 2018, there were 15 U.S. schools that reported getting more than $15.4 million directly from Hanban. Overall, the U.S. Senate Permanent Subcommittee on Investigations found that Hanban had contributed more than $113.4 million to 100 American schools. This exceeded the schools’ official reported figure by seven-fold.

In February, the Department of Education said that “[s]ince July, the Department has uncovered more than $6 billion in unreported foreign gifts from countries including Qatar, China, Saudi Arabia and the United Arab Emirates.”

And you better believe that the Chinese Communist dictatorship is paying attention to its investments.

No act of anti-dictatorship behavior is too small to be punished. As the Voice of America reported: “Chinese student Yang Shuping, who addressed the 2017 graduation exercises at the University of Maryland about the ‘fresh air of free speech’ in America, was swiftly rebuked back home. The Communist Party's official newspaper – China Daily – published her family's address in China and the family was roundly harassed online. Shuping later apologized.”

Keep all this in mind when you also consider that “a Chinese state-owned securities conglomerate singled out Joe Biden for praise as a "rare candidate" who supports trade policies favorable to the country's Communist government,” according to the Free Beacon.

So, Kelly and Hunter Biden are just small (albeit important) examples of the massive effort by the Chinese Communist dictatorship to infiltrate, influence and ultimately dominate the American economy and culture.

At a time when the Chinese Communist dictatorship is getting more aggressive and militant, we need leaders who are determined to stop it – not ones who want to be its friends and business partners.