Airbnb is one of the greatest startup success stories of the last 20 years.

It raised more than $3 billion at a $31 billion valuation, and — after a tumultuous 2020 — it just filed paperwork to go public.

But Airbnb's story wasn't always quite so rosy — it stumbled throughout its first year before exploding. The founders shared Airbnb's first pitch deck with an MBA student, back when it wanted to be an air mattress rental company.

Here's what a $31 billion startup looks like when it's just getting started:

In 2008, when Airbnb was founded, it was called "AirBed&Breakfast." 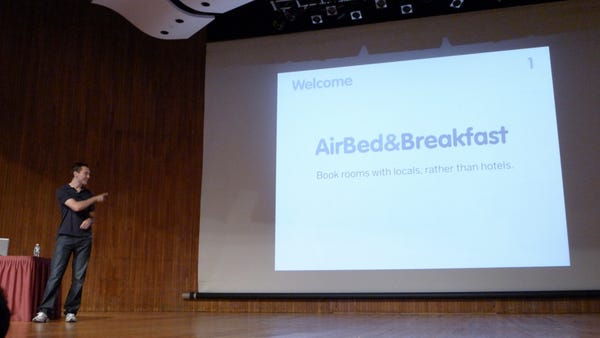 Back then, there were things like couch surfing, but there really wasn't an easy way to book a room with a local, which the founders thought could be cheaper than hotels. 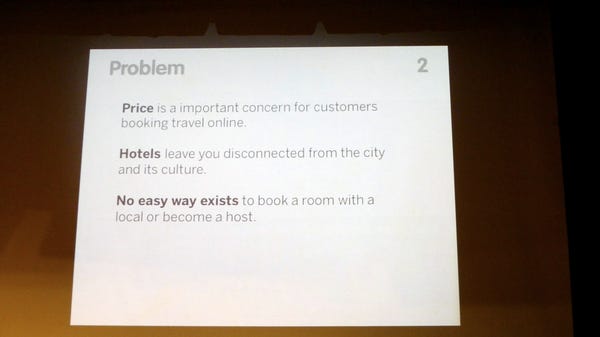 The solution was a "share culture," where locals could make money renting space on their floors via air mattresses to strangers. 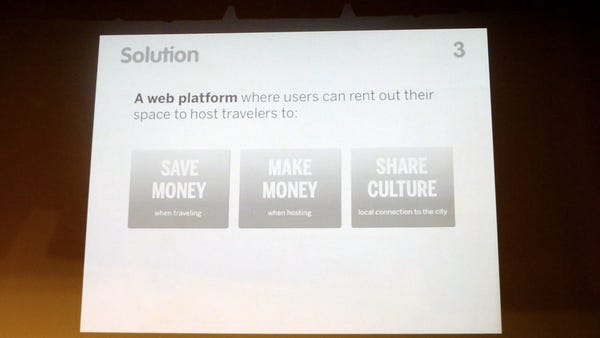 There were already 630,000 users on competitor site, Couchsurfing.com. So there was some interest in the space. 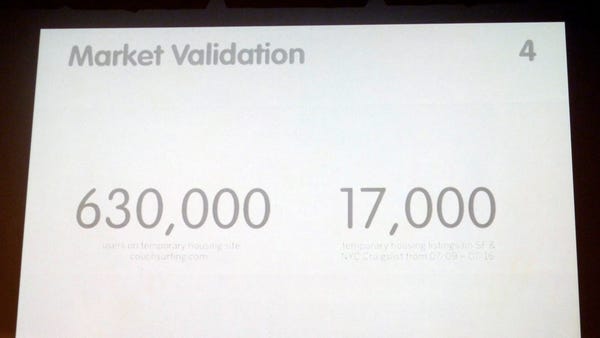 The team believed the opportunity was big. Paul Graham, Airbnb's first investor through startup accelerator Y Combinator, wrote an email to fellow investor Fred Wilson expressing his optimism for the company: "There's no reason this couldn't be as big as Ebay. And this team is the right one to do it," he wrote in 2009. 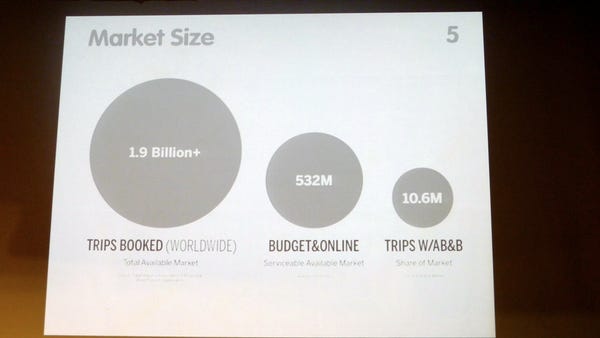 Here's what an early version of Airbnb looked like. 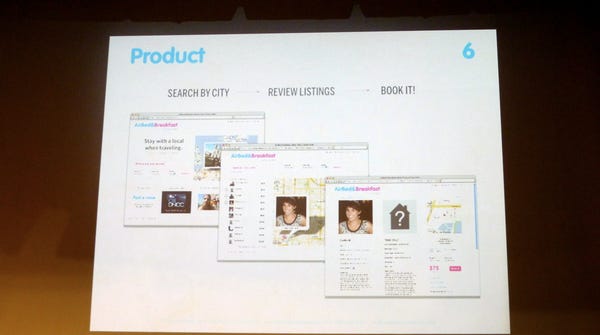 Unlike a lot of startups, which aim to amass big audiences first then worry about revenue second, Airbnb always had a plan to make money. It wanted to take 10% of each rental transaction. 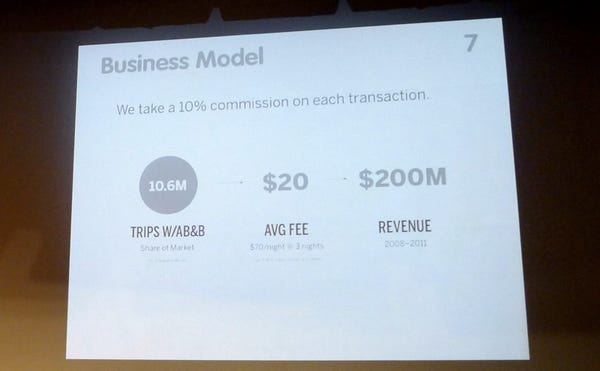 To spread the word about Airbnb, the founders planned to throw events, partner with booking services, and use good old Craigslist. 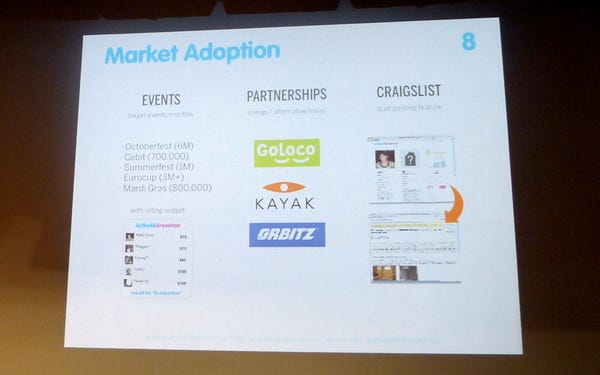 Craigslist was perhaps its biggest competitor — that and Hotels.com, the founders concluded. 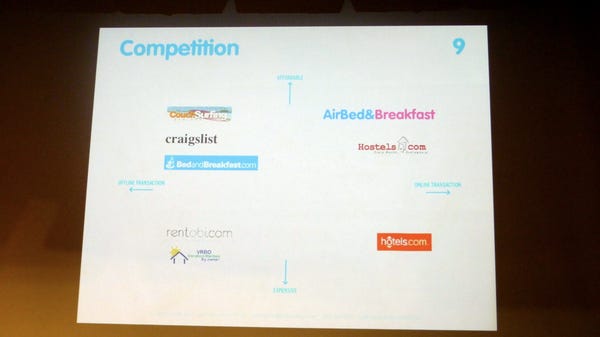 The idea for Airbnb now seems like a no-brainer. And it turns out the founders were right about a lot of their competitive advantages. Ease of use, brand and host incentives have all helped the company scale to massive success, and billions in revenue. 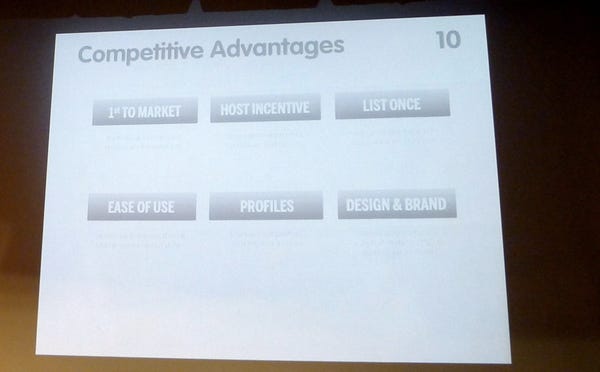 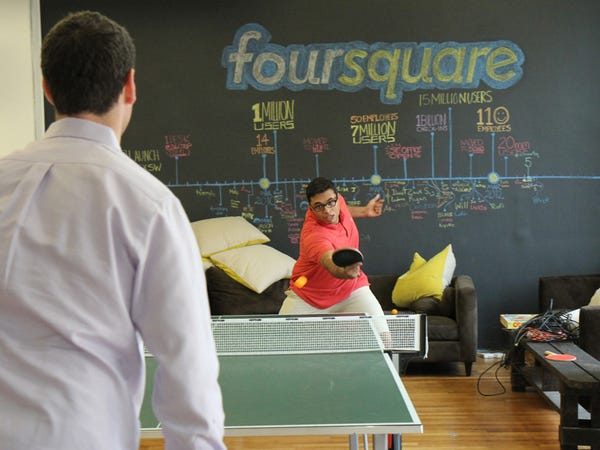