Australian property giant Lendlease is facing a class action that alleges it is a slumlord that rents out cockroach, rat and mould infested properties to US Marines and their families.

The US Navy officers and their families have filed a class action against the developer on behalf of residents in Lendlease-managed homes at the Marine Corps Base Camp Lejeune in North Carolina and other camps in the state. 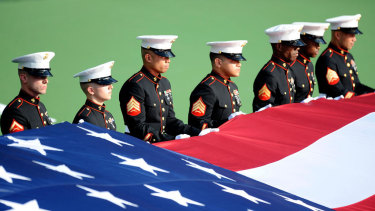 United States Marines are some of the most respected servicemen in America. Credit:Patrick McDermott/Getty

The Marines through their lawyers at Rhine Law, in Wilmington North Carolina, allege the property giant and its partners have turned its military housing division into a profit centre by cutting services and maintenance and in turn putting the health and safety of its Marine tenants at risk.

"The rental housing offered by defendants has been plagued by problems consistent with 'slumlord' property management, including water intrusion, mould, mildew, filth, insect pests, broken and unreliable HVAC (ventilation, cooling and heating devices) and appliances, and other issues," the Marines allege.

Lendlease is known in Australia for its large infrastructure projects and developments, but it is also a large-scale provider of military housing to the US armed forces with a $13.6 billion portfolio of homes that house 110,000 US service-members across 25 states. It is the responsible manager of the properties and uses partners to conduct maintenance, repairs and services for the sites.

The Marines allege that despite being forced to live in ‘slums’, Lendlease and its partners have received the full allowance from its service-member tenants. 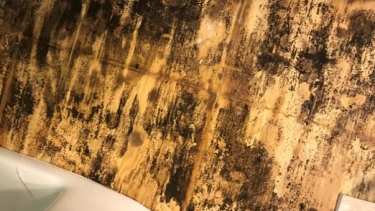 Mould inside the Lendlease-managed home of US Marine, 1st Sergeant Scott Johnson, his wife Lindsey and their children.

The class also action reveals that Lendlease has been hauled before US Congress more than once to answer questions about the poor quality of its housing. Three families are seeking compensation from the landlord.

Marine Corporal William Lewis and his wife Lakin joined the class action after being forced to raise their newborn in a cockroach infested property.

Mrs Lewis alleges she noticed after her first night in the home in 2019 that it was infested with cockroaches. When she complained, she was told she had not been keeping the house clean.

Despite her efforts to curb the problem using roach traps, the infestation carried on for months until after their son was born in March this year. 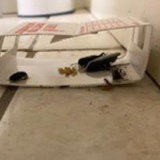 "The roaches would crawl past Lakin’s three-day-old newborn baby’s bottles, which worried her since roaches carry diseases that newborns are not vaccinated against until they are two months old, and they are not fully vaccinated until after a year," the servicemen’s complaint says.

"Given as their home was located near the water, on low-lying land, the hurricane led to a great deal of standing water and moisture, especially in the back yard,", their claim says.

Concerned for their health, the Burns family hired their own mould inspector and moved to a "hospitality suite" provided for by Lendlease and its partners, but that property was also allegedly mould and cockroach infested.

"The first night there Kalie Burn was cooking dinner, she reached to get a drinking glass down from the cupboard, and there was live cockroach in the glass. She later found roach droppings all over the counter, old roach traps in the cabinets, and more live roaches." The suite also had mould. The family remained in that suite until at least September this year.

Another Marine, 1st Sergeant Scott Johnson, claims he and his wife Lindsey and three kids (ages 5 to 11) lived in fear of diseases while living in a mould infested Lendlease owned property.

“The home was built near the waterline, on soggy ground that tended to flood when it rained. The home was susceptible to water and moisture intrusion,” the career Marine alleges.

"The side yard would pool with water against the foundation when it rained. Water would leak in through window frames and through electrical outlets." 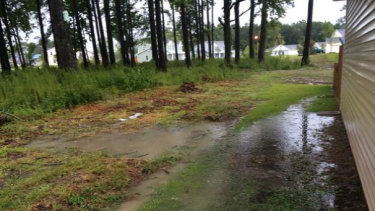 "Mould appeared in the bedrooms, the kitchen, one or more closets, bathrooms, around window sills, and around one or more electrical outlets."

Every time it rained more water would seep into the property, the claim said. "As the water invasion recurrently returned and advanced, lights in the home began to flicker and light bulbs would suddenly burn out." The family alleges their complaints to the service companies partnering with Lendlease did not resolve the problems.

The case has been brought against two Lendlease entities, as well as a range of partners it uses to maintain and manage the properties on its behalf.

In February this year, Lendlease said in a letter to Congress: "Just over a year ago, Congress commenced an inquiry into the living conditions of military families across the United States. This inquiry revealed certain living standards that were clearly unacceptable, and which required immediate attention. Over the past year, Lendlease has reflected deeply on its performance."

Lendlease Communities, Americas chief operating officer Phillip Carpenter said while the company respected the right of residents to pursue legal avenues it categorically rejected the allegations and intended to vigorously defend the case. He said Lendlease cared for its residents and was "acutely aware of the honour we have in serving the US military community". It was investing time and money in its communities, he said.

"We’re incredibly disappointed these military families, out of the more than 3500 residents we serve on the base, feel let down and were not able to use other resolution avenues available to them."

He said Lendlease had a strong track record and 90 per cent of Camp Lejeune's residents rated its service as superior. He said each year at Camp Lejeune, the team responded to approximately 42,000 resident requests.

"We remain resolute that any issues brought to our attention have been, and are, addressed in a timely and reasonable manner through documented systems and processes."

Related posts:
tagged with 'Slumlord':, Len, Marines, sue, US
Recent News:
Business News:
A Pennsylvania state lawmaker reportedly received the results of his positive COVID-19 test during a meeting with Trump
The man behind Cigna's $250 million venture fund shares his 3-part checklist for evaluating the founders of healthcare startups
Biden to choose Janet Yellen for Treasury secretary
Today's best mortgage and refinance rates: Sunday, November 29, 2020
Adidas is continuing its Black Friday savings and adding new deals for Cyber Monday — here's what you can save on now
This website uses cookies to improve your user experience and to provide you with advertisements that are relevant to your interests. By continuing to browse the site you are agreeing to our use of cookies.Ok