New York (CNN Business)TikTok has had a difficult week, to say the least — and rival Instagram just made it much harder.

India, which has the most TikTok downloads outside of China, announced late last week that it would ban the popular video-sharing platform and several other Chinese apps, saying they pose a “threat to sovereignty and integrity.” And the United States, the third-largest TikTok market, may follow India’s lead.
Now, Instagram is hoping to fill India’s TikTok-size void with its own video-sharing feature called Reels. Facebook (FB), Instagram’s parent company, said it would begin testing Reels in India on Wednesday. 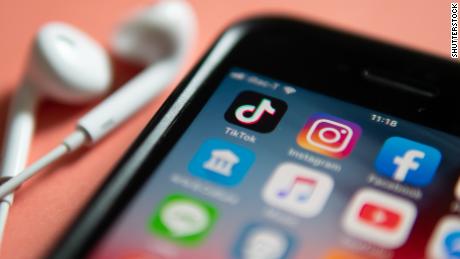 “We’re excited to expand our test of Instagram Reels to India,” a Facebook spokesperson said. Reels gives anyone the ability to create and discover short form videos, which is how more and more people are enjoying and creating content.”
Instagram began testing Reels in Brazil in November, and has since expanded into France and Germany. The in-app tool lets users record 15-second videos set to music and audio, and upload them to their stories, similar to TikTok.

Facebook also said it is shutting down its own TikTok-like app, Lasso, to focus on Reels.
“India has always been a priority for us,” the Facebook spokesperson said. “All of our test countries represent vibrant cultures, and in India consumer demand is strong with videos making up over a third of posts on Instagram.”
The company has not announced a date for a global launch.
Instagram isn’t the only platform taking on TikTok. YouTube plans to launch its competitor, Shorts, by the end of the year, according to The Information. YouTube did not immediately respond to a request for comment.
Indian companies are also looking to benefit. One homegrown video-sharing app, Roposo, said that before the TikTok ban was announced, it had recorded 50 million downloads since its 2014 launch.
After the announcement, the company said it received another 22 million downloads in just two days.
Chingari, another Indian video-sharing app, is also reporting strong numbers, having reached 10 million users since it launched three weeks ago.
TikTok has said it is committed to working with both the Indian and American governments.
In response to India’s ban, TikTok’s parent company, ByteDance said it “is committed to working with the government to demonstrate our dedication to user security and our commitment to the country overall.”

After US Secretary of State Mike Pompeo on Monday said the United States was “looking at” banning the app, TikTok released a statement saying:
“We have no higher priority than promoting a safe and secure app experience for our users. We have never provided user data to the Chinese government, nor would we do so if asked.”
Source: Read Full Article