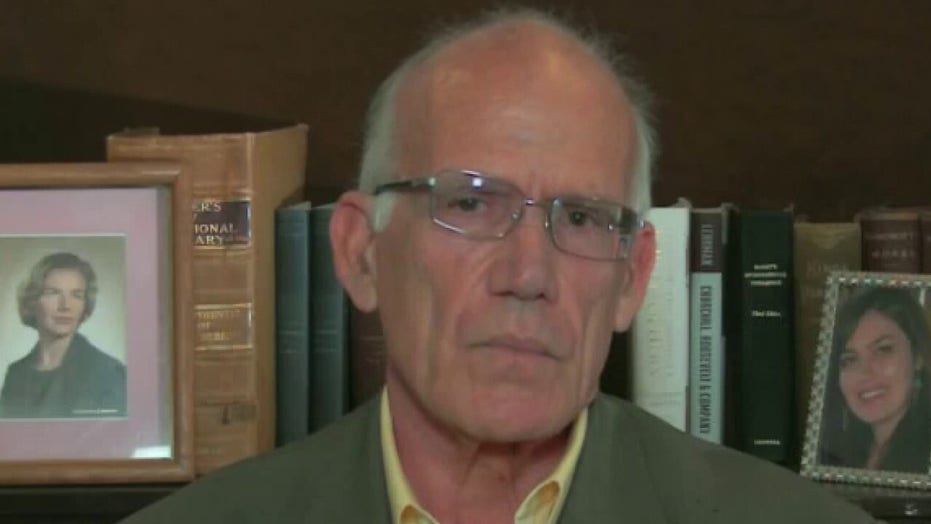 Hanson: Biden must be ‘fully engaged’ in last weeks before election

Hoover Institution senior fellow breaks down the stakes of the election on ‘The Ingraham Angle.’

President Trump was welcomed back to the campaign trail Monday night by a huge crowd in Sanford, Fla. for his first rally since recovering from coronavirus, and Hoover Institution senior fellow Victor Davis Hanson told “The Ingraham Angle”  the continuing support for Trump stems in part from the lockdowns.

“This lockdown was never symmetrical,” Hanson told host Laura Ingraham. “There were arguments for it so we could flatten the so-called curve, but it was never a static situation. It was a bad choice versus the worst of a pandemic.”

Months later, Hanson explained, it's clear that that the damage done to peole's health and the economy has been “overwhelming.”

“More importantly, it was asymmetrical in who benefited and who didn’t, or who got hurt,” he added. “All these people that drive trucks and stock shelves … they risk this every single day. They’re not the Zoom or Skype class.”

Despite this, Hanson said, the working class is being “criticized” by the professional class and by people like Joe Biden who work from the safety of their basements.

Meanwhile, Trump is running his campaign on the fact that he stands for working, middle-class Americans who are susceptible to the virus every day. This is why, he explained, presidential candidates have campaigns.

“It’s the preview of how people will stand up under the rigors of the job,” he said. “You cannot run the presidency the way [Biden’s] running his campaign, from the basement. It just won’t work. He’s got to get out. He’s got to meet the people … He’s got to be fully engaged and people have to see that the last three weeks."