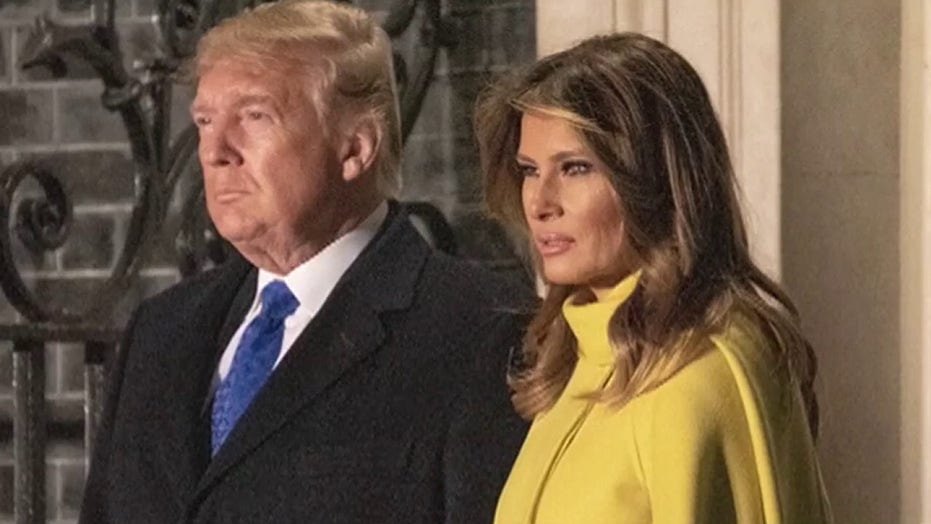 Dr. Marc Siegel weighs in on the announcement by President Trump.

Shortly after President Trump announced that he and First Lady Melania Trump had tested positive for COVID-19, a number of the president’s fiercest critics wished him well as he battles a disease that has already left more than 205,000 Americans dead.

From liberal talk show hosts to outspoken activist-actors, a number of Trump’s most vocal detractors took the moral high ground to offer their thoughts and prayers that the President and First Lady make a “speedy and complete recovery.”

“God bless the president and the first lady,” MSNBC host Rachel Maddow tweeted. “If you pray, please pray for their speedy and complete recovery — and for everyone infected, everywhere.”

She added: “This virus is horrific and merciless — no one would wish its wrath on anyone.”

Actress Alyssa Milano, who has fiercely criticized Trump on numerous issues including his nomination of Brett Kavanaugh to the Supreme Court, tweeted that she “wouldn’t wish this virus on my worst enemy.”

“As someone who has had #COVID19 and still suffers from post-covid syndrome, I can honestly say with all that I am that I wouldn’t wish this virus on my worst enemy,” Milano said, shortly after the news broke that Trump was infected with the novel coronavirus.

Civil Rights leader Rev. Jesse Jackson also weighed in the news, offering up his prayers to Trump and the First Lady and arguing that people should put down their political differences to pray for the millions of people affected by the virus.

“We sincerely pray the President & the First Lady do not have the worst of this disease,” Jackson tweeted. “We must all pray for the full recovery of the President& his wife.

He added: “For whatever religious or political persuasion you may be, we must all pray as millions of people are affected by this disease.”

Former CNN host Piers Morgan, who penned a scathing article on Trump’s handling of the pandemic for the MailOnline earlier this year, also took to social media. Instead of offering up thoughts and prayers for Trump’s and the first lady’s recovery, Morgan called people on social media celebrating the news of Trump’s positive COVID-19 test – saying they are “no better than the man they loathe.”

“Interesting to see those who’ve spent the last few years screaming that Trump’s an uncaring, heartless empathy-devoid b*stard now spewing their gleeful joy that he & his wife have a deadly virus,” Morgan said on Twitter. “They’re no better than the man they loathe.”

The news that the coronavirus virus had infiltrated the Oval Office also drew heartfelt messages from people traditionally more sympathetic to the Trumps.

"The strength of the entire country is with President @realDonaldTrump and @FLOTUS," White House Press Secretary Kayleigh McEnany tweeted. "America stands united. Our country stands strong. Your President will continue to put the People first!"

Trump’s positive test came just hours after he confirmed that senior aide Hope Hicks, who had traveled with him several times this week, had come down with the virus. Trump was last seen by reporters returning to the White House on Thursday evening and looked to be in good health. Trump is 74 years old, putting him at higher risk of serious complications from the virus.

The diagnosis, just weeks before the Nov. 3 election, marks a major blow for a president who has been trying desperately to convince the American public that the worst of the pandemic is behind them, despite a growing nationwide death toll of more than 205,000 and 7 million confirmed infections. And it stands as the most serious known public health scare encountered by any sitting American president in recent history.

Trump’s handling of the pandemic has become a major flashpoint in his race against Democrat Joe Biden, who spent much of the summer off the campaign trail and at his home in Delaware. Biden has since resumed a more active campaign schedule, but with small, socially distanced crowds because of the virus. Biden also regularly wears a mask in public, something Trump mocked him for at Tuesday night’s debate.

“I don’t wear masks like him," Trump said of Biden. “Every time you see him, he’s got a mask. He could be speaking 200 feet away from me, and he shows up with the biggest mask I’ve ever seen.”

There was no immediate comment from the Biden campaign on whether the former vice president had been tested since appearing on the debate stage with Trump or whether he was taking any additional safety protocols.

Trump had been scheduled to attend a fundraiser at his Washington, D.C., hotel and hold a political rally in Sanford, Florida, on Friday evening. But just after 1 a.m., the White House released a revised schedule with only one event: A phone call on “COVID-19 support to vulnerable seniors.”

Fox News’ Brie Stimson and The Associated Press contributed to this report.