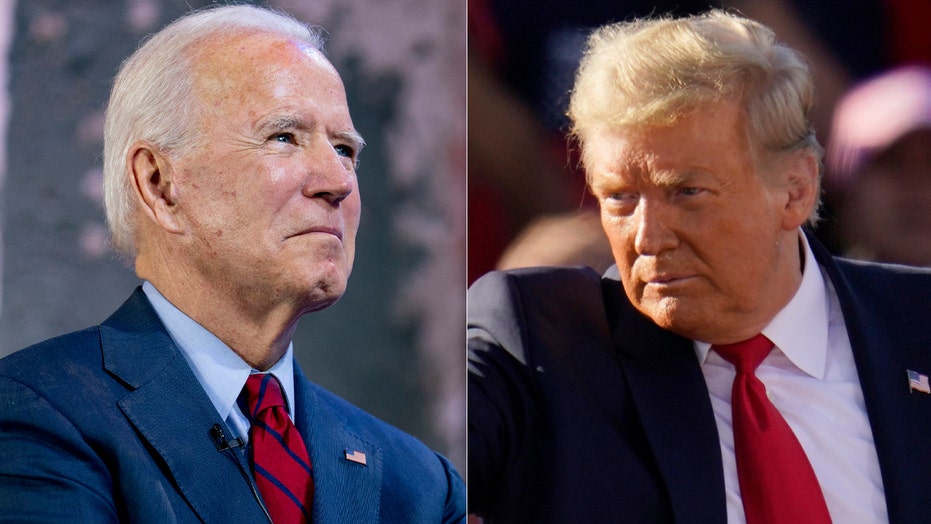 Which candidate has the best health care policy for Americans?

The coronavirus pandemic has brought health care to the forefront of the 2020 presidential election.

Trump has backed a lawsuit to repeal the Affordable Care Act, the landmark health care law also known as ObamaCare, and repeatedly pledged to nominate Supreme Court justices who would rule against it.

Biden, meanwhile, has laid out a plan to expand the ACA by adding a public option that's open to all Americans but preserves the option for individuals to keep their private insurance.

The Supreme Court is slated to hear arguments on the latest legal challenge to the decades-old law on Nov. 10; if the court does strike down the law, the president and Congress will need to move quickly to address the tens of millions of Americans who could lose their health coverage.

Here's a closer look at where the candidates stand on the issue:

On Medicare and Medicaid, the federal health programs that provide coverage to 115 million people, Trump has favored giving states control and promoted the private market, while Biden has called for expansions of the programs.

Biden has pledged to lower the age of eligibility for Medicare, the federal program for people over the age of 65, to 60, with an option for individuals between the ages of 60-64 to keep their coverage.

Trump recently issued an executive order to require Medicare to pay the same prices for drugs as other wealthy countries do. He also announced that 33 million Medicare beneficiaries could soon receive a card in the mail that can be used to help pay for up to $200 in prescription drug costs, although the plan remains in limbo.

As far as Medicaid, the state-run program for low-income Americans, Trump has sought to impose work requirements and spending caps.

While they may widely disagree on other issues, both candidates broadly support lowering the cost of prescription drugs and ending surprising medical billing, which occurs when a patient unwittingly receives care from an out-of-network doctor or hospital.

Still, they disagree on how to achieve those goals.

Trump, who campaigned on slashing drug prices in 2016, supports enacting a faster approval process for new generic drugs to drive down prices and has signed an executive order to import drugs from countries with lower prices.

Biden, meanwhile, has proposed allowing Medicare to negotiate discounts for drugs, in part by setting up an independent review board that would be in charge of determining the value of new drugs by comparing their price tag in other countries.

If drugmakers raised the prices of certain drugs over the general inflation rate, Biden would impose a tax penalty on the company.

Trump has also looked to more broadly reduce health-care costs, in part by issuing a rule that forces hospitals to report the rates they strike with individual insurers for all services, including drugs, supplies, facility fees and care by doctors who work for the facility. If the hospitals fail to comply, they could be forced to pay a $300 per day fine.

By making those prices public, the Trump administration argues that hospitals will face pressure to compete for patients, eventually causing prices to drop.

Prices charged for health care vary dramatically depending on several factors, including whether a patient is in or out of the patient's insurance network and what price the hospital negotiated with the insurance company. For instance, the cost of a mammogram ranges from $50 at a hospital in New Orleans, to $86,000 at a hospital in Massachusetts, according to Clear Health Costs, which publishes information on health costs.

Biden aims to increase competition in the health-care market by using antitrust authority to reduce consolidation among providers. The candidate has called for establishing a public health-care option, which would allow for price negotiations with providers and create leverage to obtain lower prices.

Biden frequently says that he would "listen to science" in handling the virus outbreak, contrasting himself from Trump, who frequently disagrees publicly with the nation's leading infectious experts, including Dr. Anthony Fauci.

If elected, Biden has said that he would enforce a "national mask mandate," although he's conceded that it would almost face, and likely fall to, a legal challenge. Trump does not support a mask mandate and has largely left the pandemic response up to individual states.